Training The Next Gen Of Doctors And Nurses

For decades, medical education has followed a timeworn path — heaps of book learning and lectures, then clinical rotations exposing students to patients.

But as technology explodes into patient care (surgeons can preview operations using virtual 3-D images built from a patient’s scans), the gap between medical education and real-world care has “become a chasm,” said Marc Triola, director of N.Y.U. Langone’s Institute for Innovations in Medical Education, created in 2013 to address the issue.

“The health care delivery system is changing every day,” he said, “and our medical education system has been lagging.”

In what looks like an urgent game of catch-up, medical and nursing schools across the country are retooling how and what they teach. This is also getting a boost from concern about the looming shortage of primary caregivers.

While “the national narrative is that we need more” doctors and nurses, said Erin Fraher, director of the Carolina Health Workforce Research Center, “that is precisely the wrong way to frame this. The question has to be: Where are the places in the U.S. where patients cannot get access to diabetes care, access to prenatal care?”

Those questions are redesigning health care education, with more community-based clinic rotations, special programs (and scholarships) for rural and underserved students, and a greater role for nurses and nurse practitioners. As schools seek to make learning more efficient, technology — including virtual reality, augmented-reality software and high-fidelity simulations (mannequins “breathe,” cry, sweat and respond to medication) — is a big part of that.

And it must be, given that students have to learn more information, faster. Much of medicine is slow; you can’t shortcut taking a medical history. But visiting the pathology lab to study a colon sample?

This is where Greg Dorsainville, a multimedia developer and one of 28 full-time staff members in the N.Y.U. institute, steps in, using a 360-degree camera to film a 45-minute session with a pathologist. He cut the lesson to 5:46, time that a medical student can spare to don goggles, zoom in and see what a polyp actually looks like, making it something to be remembered as “a visual in their mind. It’s not just a concept.”

The availability of tools like virtual-reality goggles (about $200 a pair), along with a growing library of software, is changing how students acquire science content. But the bigger deal may be what technology is doing to skill learning.

Marlene Alfaro, a second-year student at the University of California Riverside School of Medicine, can slip on goggles and — in virtual reality — call up a 3-foot 3-D image of a ruby red beating heart and, with a controller, probe its structures.

In the textbook, she said, “it was hard for me to visualize the whole 360” degrees. Virtual reality “lets me see real quick how everything goes together.”

No one wants to be the first human a student intubates (navigating a breathing tube down a patient’s throat), yet students have often trained on real patients. While it can take years to develop the dexterity, control and confidence to smoothly insert a central line, lifelike simulations are giving students more chances to practice before plunging in for real.

In replica hospital rooms fitted with bed-bound mannequins programmed to mimic conditions like strokes and seizures, and that can bleed, blink and give birth (there’s even a realistic placenta), students get “deliberate practice,” said Robert Morgan, director of the Greenville Health Care Simulation Center in South Carolina, which is used by the University of South Carolina School of Medicine, Greenville and Clemson University School of Nursing.

Rather than hope to encounter a teaching opportunity in the hospital, Dr. Morgan said, “you come here and start your first 10, 15, 100 I.V.s before you actually have to place one in a patient.”

Instructors have used mannequins for decades to teach CPR. But recently, he said, technology has advanced, giving students the realistic experience of caring for a patient.

Which is what was happening one recent morning at Clemson’s newly opened $31.5-million nursing school on the Greenville campus. From behind two-way mirrors, instructors used consoles to adjust “patient” heart rates and responses to treatments. They spoke into microphones to answer questions.

For students readying for rotations in real clinics, simulations let them rehearse treatment choices, as well as the best ways to talk with patients while treating them. Instructors can create dire circumstances like uncontrolled bleeding (though “nobody dies until senior year” said Jean Ellen Zavertnik, the lab director), or — the case on this morning — a scenario letting students puzzle over when (and when not) to give a patient insulin.

Four juniors clad in royal purple scrubs embroidered with Clemson’s orange tiger paw-print logo, with stethoscopes around their necks, found themselves in (the mannequin) Sarah Davis’s “hospital room.” The 64-year-old had a history of diabetes, gout and peripheral neuropathy. She said her toes were burning. It was 11:30 a.m., and she was hungry.

“We’re just going to get your blood sugar here before we go ahead and give you lunch,” said Alex Murrant-Johnson of Tyngsboro, Mass., in the role of medication nurse. “Do you have a specific finger you like?”

Her blood sugar was 400 (normal is under 100). The team checked with the doctor, and Mr. Murrant-Johnson prepared the insulin (real bottle, fake contents), counting aloud “3-2-1” before plunging the needle into a piece of foam (they don’t poke the mannequins, which can cost $100,000 or more). “That didn’t hurt at all!” said the mannequin patient, Ms. Davis, via the instructor Levi Hannah, who was monitoring the students from behind the mirrors.

“But she just ate,” Ms. Greer said. Team members Mollie Smith, a junior from Summerville, S.C., and Ashley Brewer, known as Caroline, a junior from Louisville, Ky., puzzled, but then opposed the second dose. Mr. Murrant-Johnson pressed. Finally, he backed down. When they gathered in a conference room to debrief, he said he was glad “you guys did not listen to me.”

“I was worried for you for a few minutes,” said Mr. Hannah. (Another team did give a second dose, which Mr. Hannah said would cause hypoglycemia.) Asked about disinfecting the patient’s skin before the insulin injection, Mr. Murrant-Johnson stumbled. “Ugh, no, I didn’t clean anything,” he said.

On the positive side, Mr. Hannah liked they way Mr. Murrant-Johnson had educated Ms. Davis when she mentioned loving potato chips. “Just because something doesn’t taste sweet,” he had said, it was still a carbohydrate, which increased blood sugar. Mr. Murrant-Johnson said he liked the simulations because they let you “crash and learn.”

Nidhiben Patel of Charleston, S.C., said the skills practice — recently they changed colostomy bags filled with chocolate pudding and inserted catheters yielding urine (bags of yellow liquid) — built confidence. “When we do it on a real person, we won’t be as scared,” she said.

Repeated practice is important. But so is unscripted human interaction, which is why medical and nursing schools also are embracing nontech innovations that put students in clinical settings sooner, often outside of the hospital.

Clemson master’s degree nursing students go to rural clinics. One of the students, Kita Rhodes of rural Prosperity, S.C., said African-American patients could be wary of providers, but warm to her. “They say, ’Oh, I have somebody who looks like me,’” Ms. Rhodes, who is African-American, said.

University of South Carolina medical students at Greenville become certified emergency medical technicians at the start of their first year and do monthly shifts on an ambulance, which offers “a more complete picture” of patient lives, said Dory Askins, a second-year student.

The biggest nontech innovation in medical education? Teaching students to understand how the health care system works and what that means for patients, said Susan Skochelak, who is leading an initiative to transform medical education at the American Medical Association. Begun in 2013, the initiative now has a consortium of 32 medical schools (N.Y.U. is one) working on projects to revamp curriculums.

Many include dazzling tech approaches, but also programs like the one at Penn State College of Medicine where students serve as “patient navigators” after discharge from the hospital. (Can the patient get to physical therapy? Why did the hospital schedule the mother of a toddler for a scan at 3 a.m.?) “They look at the system with fresh eyes,” Dr. Skochelak said.

Traditional health care has been slow to respond to people’s varying circumstances, but medical training has been stuck, focused on acute hospital-based care treating “things you can fix,” said Paul Lyons, chairman of the department of family medicine at the U.C. Riverside School of Medicine.

Yet, he said, bigger issues for much of the population — including inland California — are chronic diseases like hypertension and diabetes. Those are treated in outpatient clinics and may call for strategies around smoking cessation, obesity and other lifestyle issues, which Dr. Lyons said, are skills different from what students are usually taught.

“It is as if I trained you to drive in rural Iowa,” he said, “but then set you up to drive in Manhattan.”

It was with the local racially and ethnically diverse population in mind (and shortage concerns) and using a more clinic-centered approach, that the U.C. Riverside medical school was created in 2013. The school has aimed to better serve those in the region by recruiting their students from the area with hopes they will stay and practice in inland California (eight to 10 students per class get loans that can be forgiven if they practice locally after training, and 40 percent of the Class of 2018 has stayed in the area for their medical residencies).

The school also pairs students with a local clinic from the first month, which appeals to Ms. Alfaro, who was raised in a low-income family that received medical care at local clinics (“we didn’t have health insurance”). She has been volunteering at the Riverside Free Clinic since she was a sophomore at U.C. Riverside, and she wants to serve her community when she is a doctor.

Ms. Alfaro sees technology “as a driving force behind the improvement in health care” that could make visits more efficient for her future patients. “You want to do the most for your patients in those 10 minutes,” she said, so they walk out “with their needs met.”

Can technology bridge geography? Solve problems of access? There are growing ways and settings in which patients can get health care. And that includes virtually, which spurred N.Y.U. School of Medicine last year to begin offering medical students an elective in telemedicine.

Students, “know that technology will absolutely be a big deal” in practice, said Dr. Triola. He tapped the N.Y.U. Langone Virtual Urgent Care app on his phone, revealing rows of rectangles: available appointments. 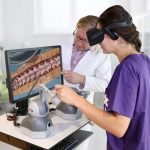 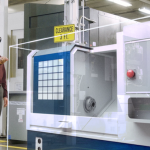