The Australian Medical Robotics Academy in Melbourne will train surgeons on the use of revolutionary medical robots for minimally invasive surgery, partly through virtual reality surgical simulators.

The Victorian government has allocated AU$2 million in funding for a new training centre to help prepare surgeons for the use of robotics in cancer surgery.

The Australian Medical Robotics Academy, to be located in the Parkville medical precinct in Melbourne, will train specialists from both Australia and abroad on the use of medical robots for minimally invasive surgery for cancer treatment, the state government said.

The academy will also feature virtual reality (VR) surgical simulators that will provide feedback for surgeons to „build their skills“ before live surgery, it added.

„This cutting-edge facility will usher in a new age of surgery that will change the lives of patients from right around the world,“ said Victorian Minister for Health Jill Hennessy.

„We’re putting Victoria at the forefront of the highest standards of surgical training. The world’s brightest medical minds will travel here from all over the world to learn new skills.“

The government said robotic surgery is capable of greater precision and accuracy, reduces risks of infection, and means shorter hospital stays and faster recoveries for patients.

In July, researchers at the Royal Brisbane and Women’s Hospital and Menzies Health Institute found that robot-assisted surgery is no more risky than standard, open prostatectomies, after following surgical outcomes for roughly 300 Australian men over a two-year period.

Men who underwent a robotic prostatectomy had a lower rise in the blood level of prostate-specific antigens after two years, although it was unknown why.

The global surgical robotics market is booming, set to reach $12.6 billion by 2025, according a recent Research and Markets report.

VR, meanwhile, is increasingly being used in healthcare; Australian health insurer Medibank launched its own VR experiences for long-stay hospital patients on Google Daydream, while Build VR rolled out its VR unit to Australian care homes for dementia patients.

New York startup Virtual Rehab began using VR to develop rehabilitation programs for prisoners to prepare them for release by testing their reactions to real-world conflict scenarios and providing them with practical job training.

Samsung is also involved in the VR for healthcare space, having partnered with St Vincent’s Hospital in Sydney for pain management using VR. The company has also used its VR solutions for mental health diagnosis, therapy for cancer patients, and as a magnification tool for the vision-impaired.

Earlier this week, DeepMind announced that it used AI to spot signs of eye disease as effectively as world-leading expert doctors.

The British company’s AI program „trained“ with diagnostic data from almost 15,000 patients by combining two neural networks — one to provide a map of the eye tissue and the features of the disease, and the other to provide clinicians with a diagnosis and referral.

The acquisition of Orthotaxy by Johnson & Johnson signals next trend in robotic surgery.

A cheap, easy-to-use surgical robot for the developing world

Healthcare inequality comes down to cost and lack of access to the best treatments. This startup believes robots are one answer.

These companies are the forefront of a technology revolution in medicine that’s changing how patients receive care.

Australia looks to capitalise on $150b AR and VR market opportunity

With 20 percent of Australians already using filters on ’selfies‘, augmented reality is likely to be commonplace in the enterprise of the future.

93% of employees said they would take instructions from a robot, but re-skilling remains an issue for implementation, according to an Oracle and Future Workplace report. 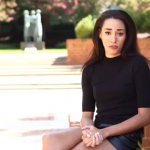 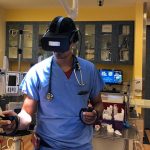