The seed funding round will be used for product development and hiring.

Vantage Point, the world’s first virtual reality (VR) based enterprise training platform have announced a Seed funding round of $1.3 million (USD) to enable immersive Anti-Sexual Harassment Training to corporations. Founded by solo female minority founder, Morgan Mercer, the company is positioned to launch a platform with the first set of notable customers later this month.

The funding round was led The Venture Reality Fund, the leading investors with a focus on immersive and intelligent computing. The round of Seed funding also includes some well-known technology institutional investors including: Village Global, known for their LPs and Network including Jeff Bezos, Reid Hoffman, and Marissa Mayer, and Mark Zuckerberg; Colopl NEXT Fund; MVentures, with expertise and an extensive network spanning across media, entertainment, politics, finance and technology; Anorak Ventures; and Josh Resnick, founder of Sugarfina, who are now Vantage Point’s client.

Vantage Point was accepted into The Women in XR Venture Fund’s Cohort 1 in December of last year, who have been early and strong advocates of the company, which is showing strong early traction. Early customers for the training range across technology, consumer goods, consulting services, school districts, recruiting and other sectors. The company has received extensive support from media and technology outlets.

“There’s no better time for an anti-sexual harassment platform like Vantage Point’s and led by an exceptional visionary entrepreneur,” explains investor Marco DeMiroz, co-founder and general partner of The Venture Reality Fund. “All commercial and government entities have a duty to educate and train their staff on this subject. To be one of the very first investors in this sector is in line with our strong belief in the power of immersive education.”

This new round of investment will be allocated towards product development and hiring to deploy the world’s first scalable, immersive corporate training platform targeted at behavioral change and enterprise training for diversity and inclusion.

“We’re excited, and this is just another step to deliver on our vision. With the support we need behind us, we’re excited to deliver a product that surpasses everybody’s expectations, and really set the standard in the next frontier of enterprise, diversity and inclusion, and anti-sexual harassment training,” says Morgan Mercer, Founder and CEO of Vantage Point. “This is just the beginning, and we’re looking forward to introducing the world to a new way of thinking about how life, social interactions, learning and development, and behavioral change can better be augmented by technology.” 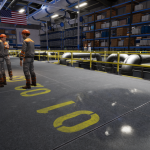 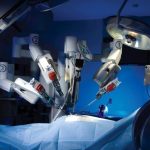