Jack McNee, an Australian gamer with a dedicated following on YouTube, recently broke a Guinness Record for longest time spent in a VR simulation. He spent 36 consecutive hours inside VR, using Tilt Brush to entertain himself and take requests from his audience. He also interacted with viewers by playing interactive games like Hangman and Pictionary.

It got us thinking about the long-term effects of VR, especially with some form of motion tracking enabled. We imagined our ideal setup would include adequate trackers (2-3 for the Vive or Rift is suitable), and an omnidirectional treadmill to move around. Aside from the obvious effect of fatigue, what might long-term exposure look like in a hyper-immersive rig?

Fortunately, there has been some research in this realm to help us understand more about the immersive nature of VR. We also know what a workout feels like, before, during and after. The good news is that the benefits are numerous, but there are some challenges to overcome.

The ideal setup would involve the user staying mobile, and a treadmill is the best way to pull this off with an exercise bike being a close second. No matter what you play, stamina and endurance will need time to build. Even if you’re a marathon runner, games will force your body to move in a certain way, distributing weight to balance yourself and move quickly between cover spots. It’s a lot like resistance training (Harvard calls them “Exergames”), and future workouts may incorporate leg or arm weights to help add to the experience.

Depending on the game, a workout fully immersed in VR could take many forms. Long walks through mountain ranges or cityscapes might build your endurance, while rapid movement in a firefight or action game would help strengthen agility. Will Brierly experienced this immersion with VirZOOM, where he didn’t realize how far he’d really pushed himself at first. The Icaros system shows how a VR workout can target many muscles at once. Credit: Icaros

Workouts would also stimulate different muscles than the traditional gym. Icaros keeps users in plank position for a long period of time, and relies on utilizing abs and bodyweight to move the device. That difference in conditioning might target muscles that would otherwise be difficult in the gym, helping someone tone up or get fit without using a lot of routines that need to be memorized and tracked.

There’s a lot to be said for the mental benefits as well. We already know that athletes can train their reactions, with coaches providing real-time feedback based on what the simulation records. What about working on a person’s anxieties during a workout?

How many of us would never admit to being afraid of the dark, or of being terrified in front of a crowd of people? VR could provide us simulations that force us to remain agile while we perform at the Olympics, or avoid traps in a haunted house.

Another powerful way that VR can help improve our health is through real-world associations. VR can use in-game queues to provide us with feedback that will influence our thinking. In one study conducted by Stanford, a virtual tree was used to show the effects of buying a new roll of toilet paper. The tree would fall, the birds inside would lose their home, and users reported associating the sounds of the tree falling with future purchases.

Imagine the implications for dieting, where games could use healthier foods to improve your character’s strength gains. Users might also develop a passion for the real world. Although Fitness AR uses augmented reality, it relies on real-world locations to inspire other hikers and bikers to give the course a go. VR could enable users to hike any location in the world, better preparing all of us for the real thing.

Immersion isn’t without a few challenges, such as motion sickness typically caused by lower quality headsets. There are already various bands on the market that provide some relief from motion sickness, targeted specifically to users of VR. Display technology has also improved immensely since the early days. One trick developers use is the virtual nose, which makes occurrences of motion sickness a rarity.

Cost is the biggest challenge for the moment, but the ideal rig has already come down in price. PC costs rival the cost of a modern console, and both supply numerous options for VR games. Locomotion can be expensive, but there are many options to move in VR. For now, it may be more cost-effective for consumers to rely on arcades and fitness centers until better consumer hardware is available.

Finally, there’s the question of long-term immersion. We’ve all heard of the dangers sitting in front of the TV for too long. What about VR? The answer is we just don’t know yet. Some users report a kind of lethargy from long-term use, but it’s never been quantified. What we do know is that long-term exposure to anything is typically not great. Driving for long hours can kill us, TV can re-wire our brain, and VR can create some powerful mental associations.

We need more opportunities to explore VR in an immersive way. It would be wise to remember VR is an excellent tool to strengthen both the body and the mind, but it’s easy to overextend and tire ourselves out as well. Like any new and exciting workout, the best route toward total immersion may be small steps. 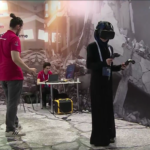 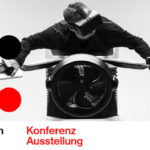