Airline Flight Attendant Simulator VR will be available on December 15th via Steam.

Coming soon to VR headsets, Airline Flight Attendant Simulator VR is a consumer version of the actual training software used by major airlines and professional flight schools to train cabin crew members. The educational experience tasks you with saving the passengers, flight crew, and yourself during a variety of emergency scenarios.

Prior to your virtual flight, you’ll learn how to properly operate important safety equipment, from fire extinguishers and oxygen tanks to emergency phones and evacuation slides. Once you’ve become more familiar with said tools, you’ll take to the skies for some high-stakes virtual training.

The game features a variety of missions to complete, each with its own set of unique challenges. This includes Rapid and Slow Aircraft Depressurization, Smoke and Fire, Emergency Landing, and Ditching (emergency landing on sea). Developer AVIAR B.V. promises an immersive experience thanks to a combination of realistic aircraft and safety equipment, gravity effects, and sounds.

Based on the video provided, it appears as though we can expect plenty of intense moments, whether it be serving cold drinks to impatient passengers or applying oxygen masks to the flight crew during a rapid descent.

Airline Flight Attendant Simulator VR will be available on December 15th on PC VR headsets via Steam as well as Meta Quest 2 via Air Link. Now if only the developers could figure out a way to combine their game with Microsoft Flight Simulator… 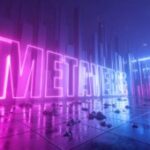 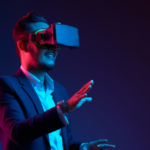