Explore The Depths In The Great Ocean VR For Quest 2

Exploration is the key to understanding the world around us. Our own oceans are still a huge mystery with over 80% still unmapped. We have better maps of Venus and Mars than our own seas.

The Great Ocean from Actrio Studio is a unique VR experience that lets you take a high-tech ROV on a thrilling underwater mission while learning more about the fascinating intricacies of our ocean.

The game features a handful of real-world ocean locations to explore, including the Galapagos, the Caribbean island, Cozumel, and the Arctic Ocean. Various quests will have you navigating around sunken submarines, battleship wrecks from WW2, and fragile coral reefs.

You’ll also encounter various types of sea creatures such as dolphins, sharks, sea turtles, whales, and other strange ocean life forms during your exploration. But it’s not just about playing Jacque Cousteau.

The Great Ocean also features several game modes that involve cleaning up the ocean floor using your ROV, repairing leaking oil containers, and completing other important activites that teach you about the importance of protecting our oceans.

The Great Ocean will be available on VR headsets beginning September 17th, otherwise known as World Cleanup Day, an annual celebration that brings together people, governments, and organizations from 191 countries in an effort to raise awareness around the global waste problem.

The development team at Actrio Studios worked on The Great Ocean for over two years with the goal of launching on this historic date. The game is also being showcased during Games Week Berlin and the Tokyo Game Show, where you can meet with Actrio Studios team in person or in VR.

During its development, The Great Ocean was selected for the VR Germany Hub at miptv, Games Week digital Dev Booster 2020, and was invited to devcom 2021 to showcase the importance of how VR can play a key role in environmental awareness.

Since then, Actrio Studios has secured some amazing environmental allies, including NGO Mare Nostrum (Galapagos), Cozumel Ocean Research, Rrreefs, and many more.

Actrio Studios will also be donating proceeds of their sales to World Cleanup Day. The company invites you to take part in their endeavor here.

Explore The Depths In The Great Ocean VR For Quest 2 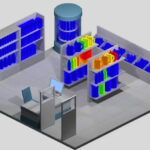 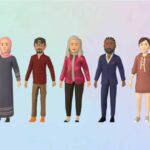 Meta Is Working On Third Person Legs For Its Avatars