The XR Association and ITIF host a day dedicated to policy in immersive tech.

The second annual AR/VR Policy Conference took place this Wednesday, September 14, in Washington D.C., accompanied by a live stream on YouTube. The event, once again hosted by Information Technology Innovation Foundation and the XR Association, followed last year’s all-virtual event. Registration for both events was free, regardless of in-person or virtual attendance.

As a proud media partner of the AR/VR Policy Conference, here’s the ARPost recap – though you can also watch the complete event on YouTube.

The marathon session lasted from 11 AM to 5 PM local time, though in-person attendants also had access to a networking social following the conclusion of the sessions. There was also a demo floor for participating companies to showcase their XR for good projects.

The AR/VR Policy Conference started off with a welcome address by XRA CEO Elizabeth Hyman. Hyman praised ITIF as a partner for the event, as well as the event’s sponsors. She also thanked attendees, particularly in-person attendees.

“We need everyone’s buy-in in order to progress because our industry is strongest when we have diverse voices,” Hyman said. The sentiment would be echoed by a number of speakers over the course of the day.

Hyman also used her welcome address to promote a new infographic that the XRA published on Tuesday. In-person attendees received a physical copy, but the comic-style guide to XR is also available for free download from the XRA’s online resource hub. The infographic showcases different uses for XR by following a fictional medical student through her day.

“We wanted to present to general users who may not have a deep understanding of this technology,” said Hyman.

Much of Issa’s keynote focused on the ability of emerging technologies to build on natural human senses. He also commented on the potential for these technologies to grant senses to people who may not have all of the senses that most of us take for granted.

“Are five senses all our senses? That’s really what you’re here today to prove –  that five senses are not nearly enough,” said Issa. “The future that you’re working on is to create a sixth, a seventh, and an eighth sense. … And I know you can do it.”

The bulk of the day was a series of five panel discussions, each bringing on experts on AR implementation from the private and public sectors as well as from academia and policy. Between panel sessions, there were shorter “lightning talks” and occasional breaks.

The first panel discussion brought together Farzaneh Badiei of the Digital Trust and Safety Partnership, Shane Tews of AEI, and Christina Jackson of Meta. The conversation was moderated by the XRA’s Miranda Lutz.

Tews started off the conversation with the comment that much of reality is perception. The popular notion in XR circles takes on a certain significance in the context of social applications in immersive spaces where interactions can feel more real while being harder to police as they occur in real time.

“XR is very conduct-oriented and what we have been doing so far is largely focused on content moderation,” commented Badiei.

The conduct idea raised the question of whether people would develop and stick to their own expectations and actions appropriate to different kinds of virtual spaces as the technology becomes more familiar. Again, this could be a more organic and effective solution than a top-down policy.

“When we think about these immersive spaces, we start to almost liken them to real-world interactions,” said Jackson. “Everyone has their own norms in different situations.”

Meta’s recent development of a safety circle that users can toggle on and off was also highlighted as an example of novel solutions arising from the same technology that can cause these novel concerns – without the need for overarching policy.

Privacy in the Metaverse: Setting Expectations and Separating Fact From Fiction

“Metaverse” is a term taken from science fiction. And, most of the sci-fi worlds that many people turn to for examples of it (Snow Crash, Ready Player One, etc.), are inherently dystopian.

This problem in perception and policy was discussed by former Federal Trade Commission Acting Chairwoman Maureen Ohlhausen, NIST’s Dylan Gilbert, and Google’s Karim Mohammadali. The conversation was moderated by Juan Londoño of the ITIF.

“Oftentimes, when there’s a new technology, there are a lot of theoretical harms that are floated around,” said Ohlhausen. “What are the substantial harms that are happening now? … Or that we feel are most likely to occur?”

Gilbert suggested that most common harms in spatial computing are likely to be some of the same harms in conventional computing on a larger scale. Gilbert said that new computing approaches, like federated computing, will help – again, potentially posing a solution without overarching policy.

“This is going to be a multidisciplinary effort,” agreed Mohammadali. “It will take teams of folks, not just privacy folks.”

As far as getting that effort started, Ohlhausen said that there is an incentive for companies to lead the effort themselves rather than waiting for policy – if only to avoid the kind of future data problem that could lead to lost trust with consumers.

“It’s important for industry to be involved in this,” said Ohlhausen. “You don’t want your technology to be tagged as harmful because of a bad actor.”

Games and enterprise are some of the most commonly discussed use cases for AR, but government and defense are often among the first real adopters and investors. So, how are they using the technology? And how does policy impact them?

This was the focus of a panel discussion between Dirck Schou of Taqtile, Chris Hample of Booz Allen Hamilton, and Maynard Holliday from the Department of Defense. The conversation was moderated by the XRA’s Joan O’Hara.

“This technology really opens up a whole new paradigm in how organizations think about workplace instruction and training,” said Schou. “It also puts a lot of power in the hands of the user. … This is not a replacement technology, this is an enhancement technology.”

Schou also commented on XR as a new and more “natural interface to the digital world.” The theme was picked up by Holliday, who described a screen in his office similar to the screen that Tom Cruise uses in Minority Report that he uses to share information with colleagues around the world.

Of course, when people think about the military metaverse, they don’t often think of screens in an office. Headsets and other applications in the field for training as well as for emergency repairs and medical interventions were also discussed. According to Holliday, the goal of these technologies is to “ensure that our soldiers, sailors, airmen, and marines never enter a fair fight.”

“We’re getting headsets, they’re getting there, everyone’s waiting on new AR headsets, VR headsets, smartglasses. That’s advancing. We’re seeing more and more haptics. Things that are coming out in the next couple of years are just mind-blowing,” Hample said. “In my mind, we’ve got to get the standards, the policy, and the infrastructure figured out.”

My Avatar’s Gucci Handbag is a Knock-Off!: Intellectual Property in the Creator Economy

Intellectual property discussions in the NFT space often have to do with the potential problems arising from someone right-click-saving a flat image. This is less of a problem when it comes to 3D assets.

But, problems of IP and policy in the metaverse are still a sticky subject, tackled by Michael Toner of Threedium, Dan Jasnow of ArentFox Schiff, and Kayleigh Nauman of the United Kingdom Intellectual Property Office. The panel was moderated by ITIF’s Daniel Castro.

Toner described a number of situations in which a brand’s IP and policy was apparently being violated in virtual worlds and platforms, but the platform took the content down – usually at the request of a large and well-known brand. However, in most cases, that content continues to exist in some way and cannot be “destroyed” because it lives on an immutable blockchain.

“Areas that are likely to give us trouble in the metaverse are already giving us trouble now,” said Nauman. “If we do get to a place where the metaverse is so decentralized that these laws become difficult to enforce, that’s where we would have to step in as lawmakers.”

Jobs, Skills, and Productivity: What the Metaverse Means for the Global Economy

Schou had previously addressed the potential of immersive technologies to enhance rather than replace today’s workers. However, there are still major changes coming to the ways that we work, and this will require some adjustments.

This was the topic of a panel discussion between Unity’s Aaron Kleiner, Professor Eli Noam of the Columbia University Business School, and Kristina Francis of JFFLabs. Hyman returned to moderate. Noam opened with a warning of what he’s seen in academia, echoing the earlier sentiments of Ohlhausen.

“As the metaverse and XR applications take off in a meaningful way, there will be a lot of downsides, a lot of dystopian criticism,” warned Noam. “That is likely to affect policy as well as consumer behavior. This whole online economy will have winners as well as losers.”

Francis acknowledged Noam’s call both for education and for people like educators and policymakers, but also for the everyday worker that is sooner or later going to encounter these technologies.

“In its infancy, there is so much that we need to do but there really is so much potential, especially for people that have been systematically left out of this new economy,” said Francis.

Kleiner agreed, arguing that if education and access (and potentially policy) are handled correctly, the positives of XR in the workplace and general global economy can be maximized, echoing the earlier comments made by Schou.

“I think that the economic opportunity here really is boundless,” said Kleiner. “It may not be a matter of winners and losers. This is really an opportunity to be additive, to create jobs, to grow jobs.”

A Powerhouse Talk From Kristina Podnar

The last talk of the day was technically a lightning talk by digital policy consultant Kristina Podnar. However, her talk, an attempt to congeal some of the main themes of the day, ended up a de facto closing address. The keystone of her talk was that people need to be involved at every level rather than hoping and expecting the government to figure everything out.

While the policy space can feel like a moving target, Podnar expressed that it’s okay for people to start where they are and move along.

“We need someone inside of every organization to be stewards of these conversations,” said Podnar. “They don’t need to have all of the answers but they need to be willing to ask the questions.”

That was all at this year’s AR/VR Policy Conference but it wasn’t all there is to know in the field. Hopefully, you’ll explore some of the links in this article for more information, context, and resources. If you get really ambitious, a live recording of all of these talks lives on YouTube so you can watch the entire session on your schedule. 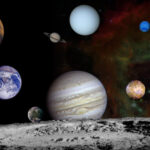 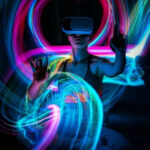 Build A Resilient Future Using The Metaverse In Corporate Training