Language Learning in the Metaverse

Our tour of some of our favorite immersive language learning opportunities.

Have you heard of language learning “immersion camps”? Built on the idea that languages are best learned through culture, immersion camps have helped people learn new languages by also teaching them about the customs and traditions of the people that speak that language. Not everyone can (or wants to) go to that kind of camp. But, what about immersion in the metaverse?

A number of virtual environments provide immersion of another sort. Here, we’ll look at a few VR and spatial desktop options for diving into new languages.

Immerse started life as an enterprise training platform. That’s still where it does the most work, but in that time the company has learned a lot about how to teach in VR. So, they’ve been passing that knowledge on by partnering with educational institutions for the last few years now. However, they recently announced a less-likely partner: Meta.

The Immerse app is now available on Meta Quest Store where anyone, even those outside of education and enterprise, can use the app for immersive learning. This current iteration focuses on language learning, specifically Spanish and English, with an emphasis on peer-to-peer conversation practice.

“Our team began meeting with Meta’s teams, as well as with top social impact investors, to design a new virtual world built explicitly for a community of learners,” Immerse founder and CEO Quinn Taber said in a release shared with ARPost. “We are now on a mission to build the first thriving metaverse community that learns, teaches, and builds together.”

The app is available on a subscription basis for $45 per month, which might be steep for some. However, it promises to be an effective and enjoyable language learning tool.

While you’ve got your Quest on, consider checking out Mondly. Mondly is a language learning platform that currently supports 30 languages. The Mondly Quest app is an affordable $10, but it is specifically designed to work with the Mondly mobile app, which starts at $10 per month.

The mobile app looks similar to other mobile language learning apps, but the VR app places you in the middle of simulated social experiences giving you a more realistic opportunity to practice what you’ve learned in the app. Think scenarios like checking into a hotel or ordering a meal, all in the language that you’re trying to learn.

All of this means that it’s easy for educators to create their own custom environments. By the way, anyone can host public events in the platform. To find live language learning events in ENGAGE, check out the events page on their website.

Nervous about learning a new language live with other students? That’s okay. The VR app has recorded lessons that you can take by yourself. Granted, these are more limited and less dynamic, but they might be a way to get your feet wet in the language and in the app before upgrading to live classes.

Further, ENGAGE is free. There is a premium version but it’s only about $5 per month, and most casual users will find that they don’t need it for a little light language learning. You also don’t need a VR headset to use ENGAGE. There are ENGAGE VR apps, but the platform is also accessible on desktop and even some mobile devices.

Language learning in AltspaceVR has some of the same features as ENGAGE and Immerse, but lacks some of the other features. Like ENGAGE, AltspaceVR utilizes user-generated content and, like Immerse, AltspaceVR is entirely synchronous – you can’t go in and watch recorded lessons by yourself on your own time.

It is possible to create custom environments in AltspaceVR, but it’s not as easy as in ENGAGE, so some of the virtual classrooms that you enter in this platform may not be as inspirational and dynamic. AltspaceVR (and its average user) tends to be more casual. Depending on your approach to language learning, this can be a benefit or it can be a drawback.

There are occasionally sessions dedicated to learning and practicing specific languages. However, AltspaceVR is also home to VR Language Exchange, an organization dedicated to facilitating cultural exchange through virtual reality platforms. Their weekly meetings welcome “all languages and all cultures,” providing a great way to explore a lot of different things.

To celebrate 10 years of language learning, Duolingo created a Game Hub in Roblox. Through the hub, fans of the owl can buy merch, play games, and interact with others.

Interacting with others is the key here. The games are just fun – they’re not really all that educational. However, in addition to contributing some lighthearted play to the Duoverse, the activation creates a great way to meet other people passionate about learning a language.

Roblox is accessible through connected desktop and mobile devices but lacks a dedicated VR app. However, you can play Roblox through PC VR.

In talking about the similarities and differences between these language learning solutions, it’s important to note that none of them are exclusive. Use any combination or all of these solutions if that’s what helps you reach your goals. 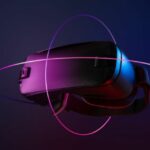 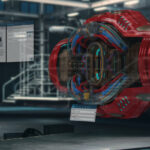