Could virtual psychedelics have a positive impact on our mental health?

Isness-D is a therapeutic VR experience capable of inducing a sense of self-transcendence similar to a medium dose of LSD or magic mushrooms. The app was developed by David Glowacki, a scientist and digital artist who suffered a near-death experience roughly 15 years ago.

During the accident, Glowacki claims that his body transformed into a glowing ball of light which began to merge with the world around him. He reports having felt a sense of genuine peace, a feeling he hopes to share with others via his mind-altering VR experience.

According to a study by Nature Scientific Reports, Isness-D was shown to have the same effect as a medium dose of psilocybin, the primary component of psychedelic mushrooms, or LSD. The experience itself sounds just as trippy as you’d imagine.

Isness-D is a multiperson experience with support for up to four to five people, regardless of their physical locations. Each user is portrayed as a ball of light surrounded by a plume of smoke. Well, that’s how it starts at least.

Participating in a process called “energetic coalescence,” users’ bodies overlap with one another, offering a sense of “oneness” similar to the feeling experienced by Glowacki. A study involving 75 subjects showed that Isness-D offers an experience near indistinguishable from 20 milligrams of psilocybin or 200 micrograms of LSD.

“What happens in VR is that sense of completely forgetting about the existence of the external world,” said Agnieszka Sekula, a PhD candidate at the Centre for Human Psychopharmacology while speaking to MIT Technology Review. “So there is definitely similarity there to this sense of experiencing an alternate reality under psychedelics that feels more real than what’s actually out there.”

Isness-D is currently being utilized as a therapeutic tool for cancer patients as part of a partnership with VR startup aNUma. 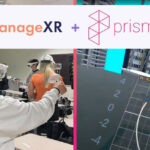 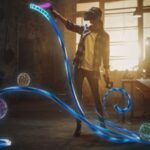