HoloLens helps reduce the cost of training and troubleshooting, according to a recent study.

What you need to know

Microsoft HoloLens and the company’s virtual reality technologies are helping reduce the cost of training and troubleshooting, according to a recent study. The Microsoft-commissioned Forrester Total Economic Impact (TEI) report explains that the HoloLens 2 is delivering a 177% return on investment and a net present value (NPV) of $7.6 million over three years. The report also claims that the NPV of the mixed reality headset results in a payback of 13 months.

Forrester discovered three key findings while analyzing the use of Microsoft HoloLens in the manufacturing industry. The firm found that the headset:

The HoloLens saves organizations money by providing an alternative to flying an expert out for training or troubleshooting. Dynamics 365 Remote Assist on HoloLens 2 lets organizations perform inspections and audits remotely, rather than having to fly someone to be on-premises.

The tool supports overlaying assets and instructions over real-world objects, which can be used throughout inspections. The TEI study states that manufacturers saved an average of $3,500 per avoided expert trip.

During the pandemic, management company Eaton used Dynamics 365 Remote Assist to perform audits. The use of remote technology allowed the company to adhere to safety guidelines while still being able to perform its standard tasks.

Microsoft’s blog post about the TEI(opens in new tab) study highlights that Dynamics 365 is also used for training purposes. Organizations can use the technology to create mixed reality training programs for manufacturing employees. Training time was reduced by 75% with an average savings of $30 per labor hour, according to Forrester’s findings.

It’s not all good news these days for the HoloLens department, however. A recent report claimed that Alex Kipman, the creator of HoloLens and current head of Microsoft’s metaverse efforts, participated in sexual harassment. Kipman also allegedly fostered a culture at the company that „diminishes women’s contributions.“ 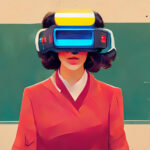 Effectively upskilling and training employees that work with the metaverse 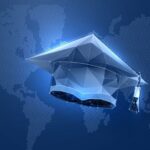 Why Online Learning Is The Future Of Education