Practice makes perfect, especially when it comes to life-saving procedures that deal with extreme edge cases like separating conjoined twins. Now a UK-Brazilian team have done just that, which is thanks to detailed planning sessions which allowed the surgical team to model and rehearse the operation in VR from two different continents.

As reported by BBC News, three-year-olds Bernardo and Arthur Lima were born conjoined at the cranium, also know as craniopagus twins.

Now, after seven surgeries, the boys have effectively become the oldest craniopagus twins to have been separated, a process which concluded in a final surgery that lasted 27 hours and involved around 100 medical staff.

The operation was carried out in Rio de Janeiro with direction from Great Ormond Street Hospital in London.

The planning stage took place over a six-month period which, lead by UK surgeon Dr. Noor ul Owase Jeelani, incorporated models of the twins based on CT and MRI scans which were imported into a program that allowed the Brazilian and UK teams to collaborate in real-time via VR headsets.

“In some ways these operations are considered the hardest of our time, and to do it in virtual reality was just really man-on-Mars stuff,” said Dr. Jeelani.

Gemini Untwined, the charity founded by Dr. Jeelani, dubbed it “one of the most complex separation processes ever completed.”

“It’s a near impossible task [separating craniopagus twins] that requires a lot of thinking, a lot of planning, and when the final execution happens and you end up with two live kids that are making a good recovery is a great experience.” Dr. Jeelani said in a BBC interview.

Arthur and Bernardo will be celebrating their 4th birthday next month, and are making what Dr. Jeelani says is “an excellent recovery.” 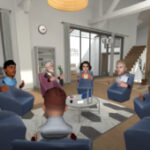 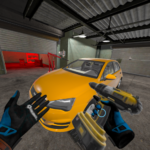