We examine the use of augmented and virtual reality to treat something almost all of us will be affected by: phobias

In line with Mental Health Awareness Month this May, we’re doing a series of articles looking at the relationship between the technologies we cover and mental health. Today, we turn our eye to the use of augmented and virtual reality to treat something almost all of us will be affected by: phobias.

Phobias differ from simple fears in that they are excessive and debilitating. Crucially, they are also irrational. Phobias encapsulate a host of fears, experienced to various different levels. While almost all of us will be mildly fearful of something, it becomes problematic when that fear is more intense – to the point of stopping people living their daily lives. Consider someone with needle phobia who cannot visit a doctor, for instance. Phobias can develop from critical, traumatic events, but can equally just slowly build over time.

With that in mind, many people seek treatment to overcome their phobias, with a practice known as “exposure therapy” being one of the most popularly deployed. That involves a therapist attempting to help a patient overcome fears, anxieties and phobias by gradually introducing them to the object of their fears. Importantly, exposure therapy does not seek to “cure” phobias, instead equipping patients with the confidence to manage an encounter with the object of their fears.

The analogue version of such an approach involves watching videos or encountering a stimulus in the real world. Increasingly, however, VR and AR technology is being deployed instead. The genius of using AR and VR in such an approach is that patients can be exposed to a virtual representation of something that scares them while ultimately knowing that they are in a safe environment.

Just having that knowledge that what you are seeing is virtual does not, of course, eliminate the fear response (as countless videos of people screaming while falling off virtual planks can attest to). While Richie’s Plank Experience is less an exercise in curing phobias, and more an exercise in exploiting them, there are plenty of serious attempts at using VR and AR in a clinical setting.

Happily, this is not some pipe dream. AR and VR are currently being used in a host of real-world medical scenarios. And medical practitioners themselves are increasingly realising the benefits of the technology. According to GlobalData’s 2021 poll on digital health in neurology, 18% of 109 industry respondents thought AR and VR solutions would be the most suitable technology to treat mental and behavioural health conditions.

In 2020 in the UK, the Norfolk and Suffolk NHS Foundation Trust (NSFT) announced it had introduced virtual reality headsets to help patients combat phobias ranging from a fear of needles, heights, flying and spiders to agoraphobia and claustrophobia, as well as more unusual fears such as exams, driving, public speaking and storms.

“We are also able to completely control the virtual environment, such as changing the weather conditions for someone who is scared of flying, which can really help to prepare them to face every possible scenario in their everyday lives,” said Nesta Reeve, consultant clinical psychologist and clinical lead for the Wellbeing service. “Ultimately, we hope that more people will come forward to ask for help with their phobias now that we have this technology, and that using VR will help them to get better more quickly so that they can enjoy activities that many of us take for granted.”

VR also has enormous utility when it comes to placing people in locations it wouldn’t be safe to in the real world. When it comes to phobias, this is perfect for addressing a fear of heights, and NHS services in Oxfordshire and Buckinghamshire in the UK are duly offering VR exposure to heights.

Their approach even leverages a virtual therapist who appears via a computer-generated avatar, and is voiced by a real person. In a randomised clinical trial of fear of height treatments, the VR therapy was shown to be effective for a fear of heights (which affects 1 in 5 people). After spending an average of over two hours in the simulation, all participants showed a reduction in fear of heights, with the average reduction being 68%.

Retired paramedic Richard, who received the treatment, said: “I lived with a debilitating fear of heights for all of my life and had to organise my life so that I completely avoided all situations that exposed me to heights and altitude as I would experience intolerable anxiety. Since having the VR-enabled therapy I can now go to my local shopping centre and I am able to freely walk around and go to all floors and even look out over the balcony.  This is something that would have been simply impossible for me to do before having this treatment.”

While the use of AR and VR is a potentially cheaper option for treating patients in a clinical session, particularly for patients who only need a small amount of contact with a therapist, it also means help can be accessed remotely and in the comfort of one’s own home.

This concept of self-help powers services like oVRcome, which offers a range of VR simulations and modules for phobias, anxiety and depression – for use by children, teens and adults. The company provides its own virtual reality headset by which the content is accessed, which works by inserting a smartphone to display the content.

Meanwhile, the fact that AR can be so easily accessed from the ubiquitous smartphone means it has the greatest potential for at-home use, democratising exposure therapy by significantly lowering the barrier to entry. AR also confers its own benefits compared to VR, by blending a user’s own body and real surroundings with virtual elements.

One example in the world of AR is Phobys, a smartphone app which is designed to reduce the fear of spiders. The experience was developed as part of a study which found the “intervention led to significantly lower subjective fear” over a controlled two-week trial.

Among the other benefits of AR and VR exposure therapy is its repeatability (with patients allowed infinite attempts at their own pace) as well as privacy, with patients not being forced to reveal their fears to the outside world.

Interestingly, a study of the efficacy of VR for exposure therapy found varying amounts of potential depending on the specific phobias. In comparison with real-world exposure therapy, there was found to be no major difference when using VR as compared to the real thing. As such, the study recommends that VR for exposure therapy should be disseminated further – especially considering the potential for new technologies and techniques to have an even greater benefit.

It’s clear that AR and VR technologies have enormous potential for helping people safely overcome their phobias. Even in their relatively nascent stage, they are being put to use to help people in the real world. As technology develops, and virtual worlds become ever more realistic and interactable, there’s every chance AR and VR will become the treatment of choice for phobias. 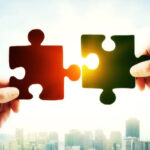 8 Qualifications To Consider For Your Next VR Training Outsourcing Partner 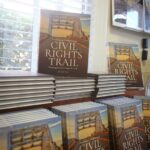