The funding round was led by J&T Ventures, and includes previous backers Miton and SYNER. According to Crunchbase, this brings the company’s overall outside investment to just over $5 million.

The company says its platform, which launched in 2018, is engineered to “enhance read-and-react skills and cognitive performance for both skaters and goalies” in combination with Meta Quest and standard hockey equipment. Sense Arena says it provides performance feedback and recommendations, allowing athletes to make adjustments and advancements in real time.

Check out a short explanation of what a coaching session looks like with some in-app footage, presented by Brian Daccord, Sense Arena’s Director of Goaltending Development and former NHL goaltending coach and scout.

“Some of the top hockey players currently training with Sense Arena include Philipp Grubauer of the Seattle Kraken, Dawson Mercer of the New Jersey Devils, and Northeastern University’s Devon Levi, who earned the 2022 Mike Richter Award given to the top goaltender in NCAA Division I men’s ice hockey,” the company says in a press statement.

“Sense Arena has developed cutting-edge virtual reality training to help athletes maximize their potential and we feel supremely confident in Bob’s vision for the future of sports training,” said Martin Kešner, co-founder of J&T Ventures. “We believe that Sense Arena has only scratched the surface of its potential. We are excited to help them elevate their technology and increase its application around the sports world.”

To date, the company has shipped over 2,500 installations of Sense Arena across 40 countries. You can check out the range of gear and requirements over at the Sense Arena Store for more. 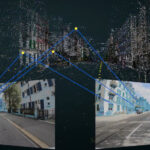 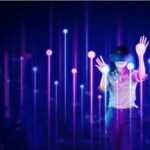