According to Ziad Al Musallam, the CEO of Advanced Electronics, the partnership will “support and improve training to meet current and future threats.” The Saudi government also plans to roll out the trainer towards the end of the year or early 2023.

“Moreover, this partnership will enable and accelerate Saudi Arabia’s efforts in support of the Vision 2030 goal to localize 50 percent of the Kingdom’s defense spending by 2030”

“The basic offering covers fundamentals for air force pilot training, such as air-to-air refueling, dogfighting scenarios, one-to-one or two-versus-one, missile evasion, and practicing flying in formation with an AR wingman. The other [capability] is to have AI-driven bandits”

The news comes after the United States Air Force (USAF) entered a strategic partnership with Red 6 in August last year, where the latter was awarded a Small Business Innovation Research (SBIR) Phase III contract to dramatically boost its total valuation to $70 million.

Last May, the USAF invested in immersive training solutions from King Crow Studios with an SBIR Phase III contract worth $6.5 million to create mixed reality (MR) training modules for B-52 aircraft.

Immersive technology provides a safe space for pilots to hone their skills before taking to the skies. Acclaimed XR technology firm Varjo provides a highly-accurate immersive training environment for pilots or enthusiasts at home. 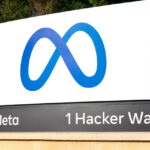 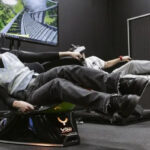