A cutting-edge centre for developing extended reality (XR) content has opened its doors at the University of Portsmouth on Wednesday.

The Centre for Creative and Immersive Extended Reality (CCIXR) aims to build next-generation immersive experiences as the first facility in the United Kingdom to provide an entire suite of tools to back virtual, augmented, and mixed reality technologies.

Founded in October last year, the centre will offer research and development (R&D), training, and job upskilling amid a massive shortage of qualified staff in the global XR industry.

It also aims to provide organisations and firms with crucial XR technologies, including training modules, simulations, and other use cases linked to the Metaverse.

The project was developed along with the Solent Local Enterprise Partnership (LEP), which contributed £3.6 million to its founding, in a bid to promote Britain as a leader in XR innovation.

Some of the key technologies offered by the CCIXR include motion capture (mocap), volumetric video, photogrammetry and scanning, music and sound technologies, gaming, spatial computing, coding, and many others.

Former clients include the UK’s Royal Navy, and the Royal Shakespeare Company, among others, as well as more than 100 clients supported by its Enabling XR Enterprise (eXRe) project funded by the Government-backed UK Community Renewal Fund valued at £220 million.

Prof Graham Galbraith, Vice-Chancellor of the University of Portsmouth, said in a statement that the CCIXR was a “world-leading facility” that placed the university “at the forefront of innovation” in XR, which hopes to develop technologies to reshape both work and leisure.

“This is an excellent example of how, as a global University, our work with regional partners including Solent LEP, Portsmouth Hospitals University NHS Trust, and the Solent Freeport puts the University at the heart of our region’s growth and development”

Prof Trevor Keeble, the University’s Dea of the Faculty of Creative and Cultural Studies, added his institution founded the CCIXR “bring innovation, research, and development” to XR technologies “to a range of different industrial and commercial sectors.”

He said in a statement,

Solent LEP’s chairwoman, Rachael Randall, concluded that the creative industries had contributed to the economy at the local and national levels, sparking the organisation’s Local Growth Deal and the new centre.

She said the CCIXR would cement the region’s place “at the centre of this exciting and emerging immersive industry,” adding it would send a “clear signal” Solent would host top-tier global talent to grow and build creative industries.

The Virtual Space Race Kicks Off

The new centre is one of many initiatives that have opened their doors to the global XR community, namely amid a surge in investment and research for emerging technologies.

UK Chancellor Rishi Sunak announced the launch of a government-led initiative in early April to develop cryptocurrencies, non-fungible tokens, and blockchain-based technologies, allowing the UK to lead as a global adopter amid the rise of the spatial communications platform known as the Metaverse.

Rival bank Standard Chartered later revealed it had designed its own metaverse platform for engaging clients and global audiences in a similar move as JP Morgan and others.

Numerous other governments, including the United Arab Emirates, Republic of Barbados, South Korea, as well as the United States and the European Union have launched massive initiatives to promote metaverse technologies ranging from virtual embassies to XR-ready 5G infrastructure. 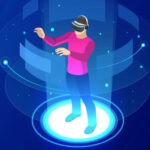 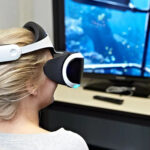