Hoame, a Toronto-based meditation service, is to launch a subscription-based app on Quest 2 this month.

The Hoame app recently appeared on the ‘Coming Soon’ section of Quest’s store. It’s scheduled to launch in January, though a final date is still TBA. Traditionally, the company offers in-person meditation classes, but the VR version of the app will immerse you in virtual environments with recordings of instructors guiding you through sessions.

A trailer on the store page sees users customizing their environments and taking part in traditional classes as well as sessions that use music and focus on mental fitness and mindful escapes.

Membership to Hoame will include daily studio classes with sessions being saved so you can revisit them in the future. There will also be monthly workshops and you’ll be able to track your progress as you go. A price for the plan hasn’t been revealed just yet, but you will be able to try it out with a week-long free trial. A release on other platforms beyond Quest hasn’t been confirmed at this time.

Subscription services are becoming increasingly common on Quest. Hoame is the first of its kind for meditation apps, though, even if the experience itself looks close in nature to Supernatural, a fitness app that also gives you daily meetings with experts that pre-record a workout. Meta ended up purchasing the service last year, though there are reports that the FTC is investigating the deal. 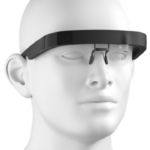 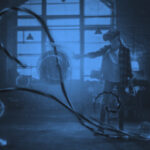 The Best VR Art Creation Tools You Can Try