I accelerate. Like a fully trained driver I turn my steering wheel from left to right. Huge, blue KLM planes are parked on Schiphol’s platform. At speed, I maneuver myself through that beautiful blue.

Sharply turning right, while looking up at the cockpit and attempting to maintain the correct distance to the aircraft. I turn my head to quickly check for traffic coming up from behind, but there is none. Step on it! Whoohoooo!! Go!! Something inside me just clicks. I get to drive my own blue KLM car in between those flying aircraft! I mean: how cool! How lucky am I……?

Suddenly it’s dark. The lights go on at Schiphol airport and it’s misty. I can’t see a thing and I slow down.

“Shall we wrap it up then?” I can hear a voice from a parallel world, calling me back to reality. “No, not yet!”, the voice in my head shouts, “Let me enjoy this just a little longer..”

Today I’m visiting the Virtual Reality department at KLM. Fair is fair, my “short” acquaintance with Chris Koomen, Virtual Reality specialist and founder of VR with KLM, has lasted for about three hours now. He drew me into his world, not knowing that I, once drawn in, don’t let go easily.

Just now I’ve put out a fire in the cabin with halon. At the same time I was trying to calm down an upset, coughing passenger when he approached me. I made huge mistakes in how I approached this. I can tell, I’ve lost some of my skills because I’ve been out of practice for a while now.

For the first time in my life I got to connect an aviobridge to an airplane. Some of you may shrug and think: “what’s so interesting about that?” But it’s the atmosphere around it. With the VR set on my head, I feel like I’m properly there on the scene. I look through the side window and see the plane, the windows, the wing, the KLM logo on the tail. I look back through the bridge and almost feel the cold of an early morning wind, and expect a stream of passengers or -maybe even better- my crew to join me for new adventures.

I’m at Schiphol-East in Chris Koomen’s office, VR specialist at KLM, but I’m really away from this world and into a new one, where literally anything is possible.

I sigh when I hand the white VR set with blue KLM print back to Chris. This was incredible, and worrying at the same time. This reality, that’s not truly a reality.

My body moves in response to what my brain thinks it’s detecting, but what my brain sees isn’t really there. Yet I bend, walk and feel the adrenaline course through my body whenever there’s any action. In this virtual reality world I really imagined myself back at KLM.

Chris, who’s been working with VR since 1996, sees this happening time after time. He’s an expert in this area, or perhaps has he become an expert in reading body language by now? Because, in a VR world where everything comes to life within an illusion, the body still transmits the truth.

Now, I’m like an open book for that matter, so that’s not rocket science. With red spots in my neck, a slight tremble from my right hand (because naturally I can’t make mistakes and fail), my feet firmly on the ground, I reckon there’s a lot to analyze. But Chris puts me at ease, VR is a safe environment where mistakes can safely be made.

Back in reality, we’re looking out of his office window at Schiphol-East, to blue airplanes taking off. This is what it was all about initially. While working at Engineering & Maintenance Chris learned how important it is to get to make mistakes. Even more importantly, when you do make mistakes you must set things right: without concessions, without giving up and with incredible perseverance. To take responsibility for your own actions, your own faults. For basically your own humanity. “Gee”, I think, “a lot of people in high places could learn from that”.

“Never give up when something doesn’t work”, Chris says. When I ask him about his past, he tells me he couldn’t fit into the traditional educational system. As a child he went to a special school and later the MBO (Secondary Professional Education), but that didn’t fit him either. Being self-taught, he feels and notices the smallest details where other people simply have no notice of at all. But with an insatiable hunger for knowledge and a will to see more than meets the eye, he wants to help others more than anything. What do we really see in this world? How do we process what we see with our brain, in our thinking and in the choices we make on a daily basis? Thoughts that will keep you up at night…..

Chris is sitting opposite me, he seems intelligent, driven and empathic. A man with vision and ambition, because in a world of unlimited VR possibilities, he wants to set up the biggest training facility in the world. A training facility for everyone regardless of educational background, whether you’re into theory or when you are more practical at heart. And I believe him.

Because in the VR world, as in no other world, you can create complete behavioral changes. You can create an inclusive world. Because in the real world people still mistakenly assume that “being of value” is related to a level of education. These mistakes mustn’t persist.

But the responsibility! Although I prefer to see the good in people, I also realize that VR in the wrong hands can go the wrong way. Which dream do you bring to life?

Chris’s dream is clear: VR must connect people. It must de-separate us, relieve us from thinking in little islands, remove our (unjustly made) assumptions about each other. How? By changing our behavior. By deploying VR in each layer, from management all the way down. By learning from each other, because we can, and because we should. By giving back to the community.

Therefore I can proudly write that starting the 11th of November, two MBO schools in collaboration with the KLM VR department, have started training students in aviation services. A golden take-off if you ask me, because I have seen enormous enthusiasm, drive and connection within MBO schools with both students and teachers.

I also know this same enthusiasm exists in colleges and universities. With our youth. So I hope they will follow, that together we can make this change in behavior happen, a change in our thinking and our assumptions about each other.

KLM, what a beautiful role you can have in this future. VR is the future and the future is now! 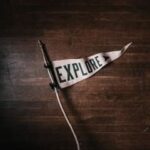 There’s More to the Metaverse Than Facebook and Microsoft 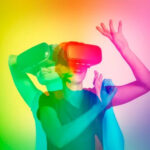 Psychedelic Therapy Is Poised To Create A Revolution In Mental Health, Can VR Accelerate It?