The US tech giant filed the patent “Connecting spatial anchors for augmented reality” which outlined a device consisting of a processor, memory storage unit, and camera utilising spatial anchors via the camera, allowing developers to determine how virtual content will render space and form.

Spatial anchors are cloud-based points of reference used by devices to store, retrieve, and reference holographic content in the physical world.

According to the patent, Microsoft’s spatial anchor technologies will back hardware platforms such as the HoloLens as well as Android’s ARCore and iOS’s ARKit.

Users can also build environments with mobile phones by creating space anchors, namely to host virtual tours and other events, and can also trigger audio content within a specific distance from anchors.

Spatial anchors are also compatible with a number of hardware devices, including head-mounted displays (HMDs), mobile phones, tablets, wearables, and others.

The patented solution can use camera-captured images of physical spaces to reference spatial anchor points, or incorporate tracking data between to physical locations, and will provide infinite space anchors in the physical world, the patent explained.

According to Microsoft, spatial anchors can, 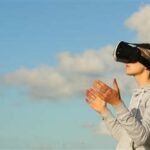 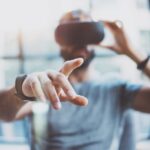