Training with VR could lead to broader enterprise adoption

Companies have started using VR to train surgeons and customer service reps. The early use of the technology paves the way for broader adoption in the future.

Over the last several weeks, Microsoft and Meta (formerly Facebook), have promoted virtual reality as the future of work. The vision is to have remote workers, represented by avatars or holograms, sit together in a digital space that re-creates the real world’s office camaraderie.

The day may come when VR becomes a substitute for in-person meetings. But for now, companies are adopting VR in less ambitious ways that deliver tangible benefits. One of those areas is training, which promises to set the path for much broader use of the technology.

According to IDC, global spending on augmented reality (AR) and VR will hit $73 billion in 2024. Training will be the largest commercial use case, accounting for $4.1 billion of the projected total.

Bank of America is one company that has adopted VR training at scale. Last month, it rolled out 20 VR simulations to help employees in 4,300 U.S. financial centers build relationships with clients and deal with sensitive customer interactions.

In-person surgical training requires a cadaver, a facility, staff and medical equipment, Barad said. Bringing all that together can cost hundreds of thousands of dollars.

„Because these trainings are so expensive and difficult to arrange, most people are just doing it one time,“ he said. Without repetition, people quickly forget the details.

Also, medical teaching institutions can update VR training sessions as needed to show, for example, a surgical technique for a rare deformity. Demonstrating the same procedure without VR would require finding a cadaver with the same ailment.

VR can provide higher-quality feedback on training as well, Barad said. As the software tracks a surgeon’s movements, it can tell precisely when a trainee needs correction. Such instant assessment can lower the learning curve for complicated tasks.

„[VR] allows learners to practice realistic scenarios in a safe, non-judgmental environment,“ he said. „Role-playing with instructors or peers can be viewed as silly or myopic, and often [the sessions] are not taken seriously.“

According to a PwC study of 1,600 participants, VR-assisted students who took soft skills instruction learned faster. They were also more emotionally invested in the material and more confident in applying their new skills than their classroom-trained counterparts.

„Even if the initial VR novelty wears off, continuous enhancements and learnings can drive content that usurps the engagement achieved with the majority of traditional training models,“ he said.

Despite VR’s benefits, companies have been slow to adopt the technology because of excessive hype. The high-profile failures of VR providers have fueled skepticism amongst business leaders.

For instance, Magic Leap rode a wave of enthusiasm about consumer AR and VR to raise billions of dollars. The company claimed its headset would deliver cinematic-quality images.

The device ended up disappointing buyers, and the company reportedly sold only 6,000 of them. Magic Leap has since laid off hundreds of employees and changed its focus to providing enterprises with less ambitious augmented-reality applications.

Gabe Paez, founder and CEO of VR firm The Wild, said the industry must focus on delivering a return on investment instead of far-out visions. The Wild’s platform lets architects, engineers and construction managers collaborate on 3D models of buildings to spot potential problems in a construction project’s early phases.

„I think our burden is to show these core, solid use cases that can … deliver value now,“ he said. „You inspire people based on those use cases, and it will build up to the future.“

Training with VR can pave the way for broader adoption of the technology, Paez said. Success in that area encourages companies to use VR in other business operations.

But before VR graduates from a niche to mainstream, headset prices must continue to fall like DVD players that went from unaffordable and rare to cheap and ubiquitous. Currently, the least-expensive enterprise headsets from VR market leaders Meta and HTC sell for $799.

Also, tech companies will have to develop affordable software and infrastructure that businesses can use to deliver VR services to employees and customers.

„When VR has more collaborative virtual spaces [in which] to meet, more retail options, [and] more options for people to try things they can’t do in the real world … then it will be more widely adopted,“ Bailenson said.

But the first step is for VR to have proven success in limited use cases like training. „With continuous improvements in cost, content and comfort, we’ll soon see headsets used during training as the norm,“ Bailenson said. 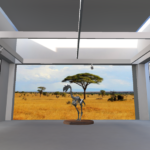 Teaching Students in the Spatial Metaverse 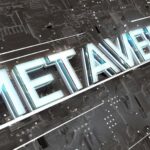