Museum of Plastic 2121 Envisions a Plastic-Free Future on Curatours

Cooperative Innovations, the studio behind virtual reality (VR) party title Spaceteam VR, unveiled in early 2020 a project called Curatours. A platform designed to off VR users virtual tours of museums and galleries. Today, the first tour has now gone live, Museum of Plastic 2121, a collaborative effort between several organisations and artists built around the idea that in the future single-use plastics will only be found in museums.

Cooperative Innovations worked alongside South African environmental organisation, The Greenpop Foundation, Street Art organisation, Baz-Art, and the University of Hull whilst being supported by the British Council’s Creative Commissions programme. Just like any museum, the Museum of Plastics 2121 is made up of several wings including the Environment wing, Industrial wing and History wing.

With Baz-Art working with artists and communities they created real-world murals alongside 3D paintings for the museum which you can now view. Because Curatours is a social tour platform it offers three types of tours depending on your preference. For the greatest freedom, you can go on a Self-Guided tour at any time you like. Or then there are the Pre-Recorded tours where you’re free to explore with a guide appearing to provide information about that place or the artefact you’re near. Finally, there are Live-Guided tours where you book a time slot to join a group guided by an expert who can answer questions. Tour groups will be around 12-15 people.

“Curatours is a social digital space – it isn’t connected to physical geography, it’s nationless, timeless and unconstrained by physics. Featuring stories and creativity from partners around the world, it’s a space where people can gather, learn and discuss what they’ve learned,” said Emma Cooper, Project Lead at Cooperative Innovations, in a statement. “The whole idea of the Museum of Plastic is to take advantage of the best properties of the Curatours platform and, by bringing a future museum to life, to show visitors a path forward to a better future.”

“Combining the insights from academic research with a creative approach, makes a powerful tool for communication. So it was a refreshing experience to look forward 100 years to imagine what a future plastics world might look like with problems resolved. COP-26 is the perfect time to be taking this look forward,” Pauline Deutz, University of Hull adds. “There have been some gloomy headlines recently, but we should remain optimistic that a better society can be achieved alongside the awareness of how urgently necessary it is.”

To experience the Museum of Plastic 2121 tour you’ll need to download the free Curatours app from Steam which supports Oculus Rift, HTC Vive and Valve Index headsets or App Lab for Oculus Quest. Cooperative Innovations will be expanding the experience during November by adding a new museum wing each Thursday. For further updates on the latest innovative VR use cases 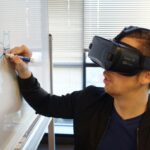 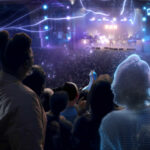 Facebook is now Meta but What Does That Mean?