According to New Zealand’s latest research virtual reality to address mental health issues is showing potential. The new study was headed by a computer science senior lecturer and co-authored by a PhD student. The lecturer-student team is also conducting a Massey Strategic Research Excellence Fund-funded research project on intelligent customised VR for depression treatment. The project was inspired by the realisation that there is little study on using virtual reality to aid in the treatment of depression and even less work on providing patients with a tailored VR experience.

The study was recently published in the Journal of Medical Internet Research Mental Health, and it has already gotten a lot of press. The researchers conducted a scoping assessment of studies published between 2017 and 2021 that examined the use of virtual reality (VR) as a treatment for anxiety. Most studies found that using virtual reality to help the treatment of anxiety in a variety of situations was successful, and they suggested it as a tool for use in a clinical setting.

The ability to view the inside of the human body in Virtual Reality is not only useful for doctors, but also for patients. VR allows patients to be taken through their surgical plan by virtually stepping into a patient-specific 360° VR reconstruction of their anatomy & pathology. Hence, enhanced understanding of the treatment and consequently higher patient satisfaction.

New Zealand’s Otago University Mental Health Clinical Research Unit, Auckland Institute of Studies, Otago Polytechnic Auckland campus, and Xian Jiaotong-Liverpool University collaborated on the study. It examined the ways VR exposure and interventions have been used in the treatment of mental health conditions, the technologies used, and how effective they have been as a treatment method.

To increase the quality of psychological treatments and improve mental health outcomes for New Zealanders, the project draws on the expertise of an interdisciplinary team of researchers working at the intersection of mental health, virtual reality, and artificial intelligence. The senior lecturer in computer science believes the initiative will pave the way for the use of virtual reality in the mental health profession in New Zealand. “We believe our contribution can pave the way for large-scale efficacy testing, clinical use, and cost-effective delivery of intelligent individualised VR technology for mental health therapy across Aotearoa New Zealand in the future.”

OpenGov Asia reported that while many individuals are eager to get their vaccinations and prevent the deadly COVID-19 virus from spreading further, trypanophobia, or a fear of needles, is believed to be causing problems for a significant number of people across the country. Researchers from the University of Otago have collaborated with a tech firm to develop new software that uses virtual reality (VR) to distract patients who are frightened of needles so they can receive the injections they needed.

The programme had been tested out by patients in Christchurch when receiving influenza shots while wearing the VR headset. A patient claim that he could “barely tell” when the injection was taking place and that he would recommend the app to anyone who is afraid of needles. People with phobias or anxiety over things like flying, heights, spiders, and social situations could also benefit from it.

The application of virtual reality in mental health is a cutting-edge field with a lot of potential and that it will be fascinating to see where the field goes. This is especially true as standalone VR headsets become more inexpensive and certain models allow researchers to collect and analyse physiological data from participants. 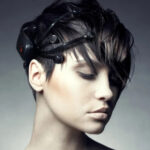 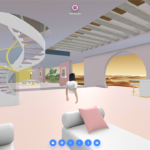 Pivoting into the Metaverse; Birthing a Brand Avatar