Relax and unwind in a calming VR experience complete with guided meditations on anxiety, depression, sleep, and more.

Originally released on the Oculus Go in 2016, developer Cubicle Ninja today announced the launch of Guided Meditation VR on Oculus Quest and Oculus Quest 2 headsets, bringing over 30 hours of guided meditations to Facebook’s lineup of standalone VR headsets. In this relaxing VR experience, you’ll embark on a spiritual journey of self-awareness as you immerse yourself in over 40 relaxing environments accompanied by a soothing soundtrack.

Escape to a scenic beachside resort, immerse yourself in a dream-like forest, enjoy the sounds of a crashing waterful in a gorgeous jungle paradise, and more. Regardless of which location you choose, you’ll have access to dozens of hours of guided meditation on everything from anxiety and depression to maternity, resilience, sleep, and zen.

Guided Meditation VR is a full-customizable experience. You can meditate by yourself while enjoying over 300 soothing audio tracks or receive guided assistance while taking in the serene sounds of your environment. There’s also a built-in timer, allowing you to track your meditation process.

My favorite addition is “Float On”. Described by the developer as “a lazy river for your mind,” this relaxing game mode allows you to float carelessly throughout a rotating carousel of locations. “Leave the worries of your life behind to return calmer and stronger. Learn ancient meditation practices in a cutting-edge way,” states the company in an official release.

In addition to the aforementioned content, Cubicle Ninja will be releasing free updates every month featuring additional meditations and locations. Guided Meditation VR is available now for $14.99 on Oculus Quest and Oculus Quest 2 headsets. For more information visit here. 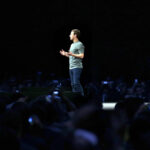 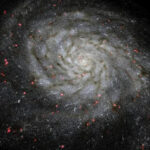