Sabby Life is reinventing the way we perceive and interact with art through virtual reality.

The advent of the VR art game Tilt Brush enabled users to paint in 3D space using virtual reality. It employs a range of dynamic brushes that allow users to incorporate interesting effects into their works. Its intuitive interface lets users of all skill levels, from beginners to experts, have access to an innovative way to engage with art and spaces.

Moreover, VR games, such as The VR Museum of Fine Art, have allowed visitors to interact with timeless masterpieces on a freer and more personal level. It lets users walk around, zoom in on details, and “touch” the artworks themselves. More than just being a tool to view VR art versions of these masterpieces, this game also lets visitors learn more about each sculpture or painting.

The Rich and Complex World of Sabby Life

Sabby Life (@TheSabbyLife on Twitter) is a VR art pioneer and live performer who has created immersive virtual interactive and animated online worlds. She has collaborated with companies and organizations, such as Disney and Google, to bring their ideas to new, more expressive heights. Sabby Life has also worked with Juilliard to introduce VR art and performance in Beyond the Machine, a regular showcase that features a variety of interdisciplinary works.

How Sabby Life Got Her Start

Sabby’s journey toward VR art was something of an intuitive move, given her background in acrylic painting. According to Sabby, she first learned about VR in 2018.

“I learned about VR in 2018 and experienced it on the Google Cardboard mobile viewer,” she told me via email.

What first got her into VR art was a commercial on YouTube for Google’s Tilt Brush.

“I bought the Vive headset and a gaming laptop that could handle VR and have continued making VR art since then,” Sabby Life explained. Video Player

Her fascination for this new art form stemmed from its immersiveness, which brought out another creative level in her.

“I love immersive tech because it lets the use[r] experience things that they may not otherwise be able to ever experience in their life.”

Today, Sabby is known to use a variety of software and hardware to create her masterpieces. She uses various VR art apps, one of which is Tilt Brush. She also uses Tvori, NeosVR, and Gravity Sketch, among other software. To launch her art onto virtual platforms, she relies on Blender and Unity.

For Sabby, there are major differences between traditional art and VR art. She shares that with the latter, you have access to unlimited supplies. There are also no restrictions when it comes to space.

“My canvas is now an unlimited size,” she quips.

According to her, VR art isn’t just an alternative method of creating new works. It’s also a more sustainable option compared to flat-screen digital art. She adds that it’s also a more impressive medium when it comes to evoking or recalling memories.

The Growing Need for Immersive Technology

Moreover, Sabby recognizes the need to explore immersive tech, citing that it’s a useful element that can help bridge “a lot of communication gaps between the worldwide family of people.” In these uncertain times, the technology is becoming more important to set healthy boundaries and guidelines on lockdowns and other restrictions.

During this pandemic, Sabby has been quite productive. She has created a VR art piece entitled “We Are All Monochrome,” which was inspired by the unrest that humans have experienced during this period. For the artwork, Sabby chose to go with red in keeping with the monochrome theme for the YearOfVRArt challenge.

“I chose red and applied a theme that I felt captured the essence of what I was feeling about all the things happening in the world and came up with an eye, made of humans from many races embracing each other while surrounding the planet Earth. Paired with an ethereal song, it touched the hearts of many.”

Art has always been perceived as a medium for self-expression. According to Sabby, while she doesn’t have a specific audience in mind when creating her artworks, she believes that she’s reaching out to people who appreciate experiencing “the vibes of delicate emotions.”

“I would like viewers of my art to feel safe about expressing themselves and getting in touch with their emotions, and since most of my worlds are publicly accessible in VRChat, I hope that the visitors experience comfortableness being around others who are immersing themselves in the experience as well,” she adds. 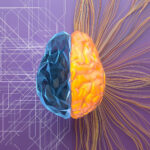 How virtual reality can be used to treat anxiety and PTSD 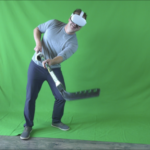