US virtual reality (VR) firm Moth+Flame has partnered with the National Urban League to develop a virtual diversity, equity, and inclusion (DE&I) workforce trainer, the company announced on Thursday.

The “Speak Up” programme, which was developed on the cloud-based learning platform Promise, comes after major firms requested the National Urban League to develop the solution, which saw Moth+Flame’s VR talent build the trainer for one of the oldest civil rights groups in the United States.

Donald R Cravins, Executive Vice-President for the National Urban League, said VR technologies were “one of the newest additions” to the organisation’s DE&I toolbox to facilitate conducting “sometimes-difficult discussions” with others.

Other trainers will involve supplier diversity, interview tactics and microagressions, inclusive leadership, conflict de-escalation and inclusive customer service, and selling to diverse customers, among others.

The National Urban League aims to develop a full library of VR training content over the next year.

Kevin Cornish, Chief Executive and Founder of Moth+Flame, added that VR training with human actors interacting with learners in real-time had “a really profound impact.”

“The emotional connection people make during these training sessions as they are forced to confront difficult situations speaking in their own voice is proven to change behavior. It is so much more effective than a static power point presentation”

The news comes after the Brooklyn-based VR firm announced in July the launch of an immersive trainer for the US Air Force (USAF) to prevent sexual assault incidences. The solution tested at the Joint Base Charleston in South Carolina with personnel, soldiers, and staff, and recorded positive results.

Speaking to XR Today in September, Mr Cornish hinted his company was in talks to develop the DE&I programme for the National Urban League, which he said would be “incredibly impactful.”

He added there was also a “dramatic difference” in how the brain processed and responded to immersive learning compared to 2D presentations, leading to substantially higher learning retention rates. 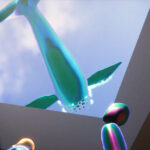 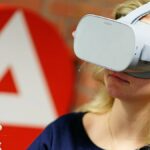