How Astronauts Are Using VR & AR Aboard The ISS

From maintenance work to physics experiments, XR technology is playing a major role in the operations of the Expedition 65 crew.

Thanks to jaw-dropping VR films like Space Explorers: An ISS Experience and educational games such as Mission: ISS, anyone with a VR headset has the ability to experience life aboard the International Space Station. But how exactly is VR & AR technology being used by the astronauts operating within the multinational low orbit space station?

When they’re not assisting production companies in shooting breath-taking 360-degree films, crew members aboard the International Space Station have begun utilizing immersive technology in everything from ship maintenance to scientific research. According to the official NASA blog, just yesterday two members of the Expedition 65 crew employed VR and AR technology as part of their respective duties.

McArthur used a device referred to by NASA as the Sidekick (Investigating Immersive Visualization Capabilities), a modified version of the Microsoft HoloLens mixed reality smartglasses designed to provide wearers with critical information in the form of holographic projections. The organization states that the device can be used to improve tasks including maintenance, science experiments, and various other station operations.

Meanwhile, Commander Akihiko Hoshide of the Japan Aerospace Exploration Agency utilized VR technology to conduct a series of tests as part of a physics study regarding the development of advanced materials using nanoparticles. According to NASA, Hoshide used a VR headset to study how astronauts visually translate motion in microgravity.

You can learn more about the use of immersive technology aboard the International Space Station by visiting here.

If you want an even better look at life on the ISS, I highly recommend checking out Space Explorers: An ISS Experience. The ongoing VR documentary series currently has two episodes available, both of which feature some of the most impressive stereoscopic 360-degree visuals I’ve ever seen. What’s more, the astronauts themselves served as both the cast and camera crew, resulting in a uniquely intimate look at life in space. 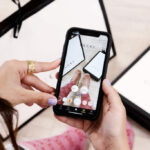 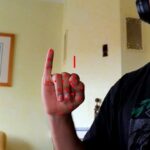