We take an (Ava)tour and talk about the company’s past and future.

Remote collaboration company Avatour recently reached out to ARPost to announce a successful funding round. We’re very excited about it, and we’ll get to that, but we also realized that we haven’t introduced the company to our readers. So, we got a personal demo and a remote interview from CEO Devon Copley.

Avatour was a long time coming, but it came exactly when we needed it.

Copley studied computer science and theater at Yale and later went on to become Head of Product for Nokia’s OZO VR platform. At that time, the platform was built around the world’s first 360-degree camera and produced the world’s largest VR event in history up to that point, according to Copley. OZO still exists, primarily as an audio solution, without its camera.

“The broadcast model that OZO was predicated on didn’t really materialize,” said Copley. “I don’t think there was a critical mass of people in headsets.”

Despite the change in direction, Copley was convinced that real-time communication was ready, and the roadmap for Avatour began to take shape. The platform uses a 360-degree camera to put a remote viewer into an immersive view of the environment. People in the physical environment can also see and communicate with the remote viewer.

“We first showed Avatour in April of 2019 and by September of 2019 we had a beta project,” said Copley. “Then the pandemic hit and it had the effect of shortcutting some of the hurdles to adoption.”

Over the course of 2019, over two billion site meetings took place in the VR platform and the company’s commercial release took place in March of 2020.

Avatour works with headsets, but it’s not limited to headsets. Having identified headset adoption as the limiting agent for OZO, Copley wanted to make sure that his young company was more usable and versatile.

“It was a bit of a shock to come out of [Nokia] and think ‘okay, we have to make payroll this month…’,” said Copley. “As a product, we were forced to come up with near-platform compatibility.”

The result is that, while the platform does work with 360-degree camera companies as partners, the minimum hardware requirements are an Insta360 and an Android phone. A WiFi hotspot doesn’t hurt, depending on the location.

“The great thing about Avatour for our customers is that they don’t require any specific hardware. Attendees don’t even need any specific software,” said Copley. “For customers, we typically ship a solution that has everything that they need in a bright orange box.”

The “Insta360 and an Android” take might be true, but it isn’t fair. The platform itself can do a number of tricks. A personal demo of the software given by Copley was a link-click away. The call started standing on his desk looking rather like any video conference call, but with the ability to look around the room. It didn’t stay that way.

Copley took the camera and moved through the office, demonstrating video stabilization. There is also a “motion compensation mode” which increases video quality in more dynamic situations. When Copley takes the camera outside, the video automatically adjusts for the light difference. Copley can see me, as well as a red dot on a video feed showing where I’m looking.

Avatour may have coincidentally come about during the pandemic, but the pandemic didn’t make the business. Further, the business doesn’t intend on going anywhere as we move out of pandemic restrictions.

“Through the course of 2020, we essentially reached a break-even footing,” said Copley. “We found some investors who share our view for the future of work.”

In May, the company announced the completion of a $2.9M funding round to be used to “scale its category-defining technology and expand into new markets internationally.” Copley told ARPost that a partnership with NTT Bizlink Inc, in particular, will enable rollout in Japan. Copley sees a future for the platform cutting travel costs in a number of industry sectors.

“While recent world events have elevated the need for this type of platform, we see virtual collaboration becoming the new normal for site meetings moving forward,” Ulu Ventures venture partner Kevin Hoffberg said in the release.

Enough Room in the Market?

Spatial and Varjo’s upcoming Reality Cloud platform both allow remote presence in a physical environment, but only allow that functionality with headsets.

ScopeAR and similar platforms could be used for entire site meetings but are more intended for use cases like remote assistance.

VRtuoso does offer a real-time immersive remote presence in a physical environment but goes without some of the more personal aspects that Avatour offers.

Even if it isn’t the only company doing what it does, no one does it exactly like them, and no one likes competition like a VR company.

Overall, Avatour is a user-friendly VR meeting platform that puts real-time immersive viewing of a remote physical environment over the remote presence prized by other VR collaboration platforms. This makes it particularly valuable for industries that focus on locations. 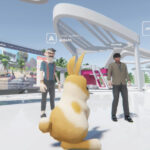 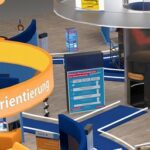