A few years ago, it seemed like every other article we wrote was about artificial intelligence, while lamenting the fact that there were few pure-play AI stocks on the market. Today, there’s no lack of variety for investors to put money into AI stocks. Half of the 16 articles we’ve written specifically on AI this year covered publicly traded (or soon to be) companies. It seems surprising that we’ve written so few articles on AI in 2021 until you consider how ubiquitous machine learning software has become. For instance, we just wrote about two AI cybersecurity stocks, as well as how Bright Machines leverages algorithms to make robotic manufacturing smarter.

Either article could have been categorized under artificial intelligence. In fact, every emerging technology category we cover now employs AI in some form or fashion. In this article, we’ll talk about how AI enables innovation in augmented and virtual reality applications. Again, this isn’t exactly new territory. For example, last year we covered Belarus startup Banuba, which uses computer vision to power AR apps for retail. Marketing is certainly one of the most common use cases for the merging of AI and AR/VR, but it’s not the only one. AI is also powering medical virtual reality applications in telemedicine, while machine learning is being used to improve AR applications for surgeons.

Founded in 2018, Heru was spun out of the University of Miami’s Bascom Palmer Eye Institute. It emerged from stealth mode late last year with a $2.7 million Seed round, before scoring a $30 million Series A last month that included SoftBank (9434.T) and a couple of MDs with some serious Wall Street cred. Dr. Frederic Moll is the co-founder of two robotic surgery companies – Intuitive Surgical (ISRG) and Auris Health (now part of J&J) – while Dr. Maurice Ferre does (or did) the rounds as chairman of Mako Surgical (now part of Stryker, a medical device company), Memic Innovative Surgery (another surgical robotics company, with Dr. Octopus arms sporting claws the size of roach clips), INSIGHTEC (ultrasound for incisionless surgery), and now Heru. All that to say that Heru has raised $32.7 million from some very well-connected investors.

Heru’s first product is an AI-powered wearable device for taking vision tests, meaning optometrists can save on office space by thrifting all that optical equipment. A cloud-based web portal enables physicians to access test results from any location and provide an immediate diagnosis.

The company is also working on additional diagnostic tools that use AI to monitor a patient’s interactions with visual stimuli. The platform then maps the visual field to evaluate various vision problems, such as double vision. Heru has its eyes on an even bigger prize: Developing vision augmentation applications where algorithms automatically correct vision defects for patients wearing AR headsets. In an early feasibility study, 78% of enrolled patients showed enhanced awareness of peripheral objects using a prototype of the company’s vision augmentation technology.

While everyone thought Pokemon and gaming would be the primary drivers of the AR/VR universe, the reality is that businesses have been more open to the technology than consumers by adopting various enterprise applications, such as training employees using VR or providing detailed schematics overlaid on a machine using AR.

Founded in 2015, Talespin is a startup outside of Los Angeles that has raised about $20 million in funding, including a $15 million Series B about a year ago that included HTC (2498.TC), a Taiwanese consumer electronics company that produces VIVE, a popular VR headset. Talespin calls its extended reality platform for training Runway. The company offers two different types of content. Propel is for object- and process-based knowledge. On the other hand, CoPilot uses virtual humans to help employees learn soft skills like leadership and communication. The platform employs AI technologies like natural language processing to provide realistic scenarios, such as a really pissed-off virtual employee that a trainee has to fire without causing a mass casualty incident.

A study conducted by PricewaterhouseCoopers tested VR training against both classroom and e-learning modalities across 12 U.S. locations. VR beat out the other two by every metric imaginable, from how fast the employees learned (4X faster than classroom students) to how confident they were in their new skills (40% improvement over classroom and 35% improvement over e-learn).

Regular readers know we’re not overly fond of HR types. In fact, our disdain for this particular corporate subculture is perhaps only exceeded by our annoyance with PR types who expect us to do their jobs for free. One trend that has emerged in recent years is using AI to automate the recruitment and hiring process, with tons of startups promising to find the ideal candidate using algorithms. We’ve waxed poetic on the dangers of using AI in the recruitment process, but it’s a losing battle. Now an Israeli company called ActiView is doing something similar but giving it a new look with VR.

Founded in 2016, the startup has raised $16.5 million, including a $10 million Series A a little more than a year ago. ActiView calls its platform Assense, which uses machine learning and virtual reality to test job applicants to see if they have the required skills. So far, so good. But the system also collects behavioral data and determines whether the candidate has the right stuff to fit into the company culture. Spoiler alert: If a company wants to decide whether you’re a good fit based on the results of a VR game, it’s probably not a place you want to work.

The Rona canceled many business conferences around the world. That wasn’t necessarily a bad thing, unless you had to leave a hefty expense account untapped. Companies like Zoom (ZM) grew their market cap exponentially, as everyone just joined meetings and events digitally. Founded in 2010, New Yawk-based Touchcast raised a $55 million Series A in February to build out its virtual presentation platform. The company has partnered with AI chipmaker Nvidia (NVDA) to power its mixed reality platform. It offers a suite of virtual event venues, but can also build a digital twin of any presentation space. Here’s where you’ll find the Nanalyze gang hanging out:

Live presenters are instantly beamed out of their home offices and into these mixed-reality sets without requiring a green screen. The platform can automatically transcribe and translate presentations into multiple languages. It can also automatically transform content into video trailers or AI-generated text summaries. The best part: You still don’t need to wear pants.

In fact, thanks to another Los Angeles company called ObEN, you don’t even have to show up as yourself to the next virtual event. Founded in 2014, the startup has raised $23.7 million, including money from the likes of SoftBank and Tencent (0700.HK), to continue developing its AI-powered technology to create lifelike avatars of real people. The platform can build a digital double using an image of the person and a speech sample. These so-called personal AIs (PAIs) can appear in everything from smartphone apps to VR worlds. The company has reportedly worked with Chinese television and the NBA, and is pushing hard into the anime-loving Japanese market. Head due south from there and find a company that’s working on Turning AI Chatbots Into Digital Humans, New Zealand’s own UneeQ.

AI is beginning to touch many aspects of our real lives, so it only makes sense that algorithms are also helping power our virtual ones as well. In turn, AR/VR technologies are becoming useful tools to help us see and interact in new and exciting ways in the real world. Some of these companies are creating real value, and it will be interesting to see which applications gain meaningful traction in the next few years.

Tech investing is extremely risky. Minimize your risk with our stock research, investment tools, and portfolios, and find out which tech stocks you should avoid. Become a Nanalyze Premium member and find out today! 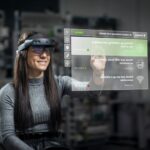 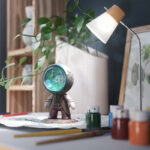