Apple kicked off its annual World Wide Developer Conference (WWDC) earlier today with a two-hour keynote detailing several updates to its lineup of iOS products. This includes numerous improvements to Apple Maps, from additional details like elevation and custom-designed landmarks to new road details and a variety of other upgrades.

This latest update also introduces AR walking directions to the navigation app. Similar to Google Maps’ Live View, the new mode lets you scan your nearby surroundings to receive more detailed GPS data delivered in the form of AR arrows layered directly over the real world, making it the perfect tool for those in need of some additional assistance while navigating a new city or unfamiliar neighborhood.

AR navigation is expected to arrive this September alongside a slew of other updates as part of iOS 15.

As previously mentioned, Apple Maps’ AR navigation works similar to Google Maps Live View. Originally announced back in 2018, Live View launched on Google Pixel phones back in 2019 before rolling out on iOS and a wider range of Android devices.

For more information on all of today’s announcements check out CNBC’s coverage here. 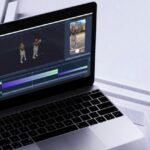 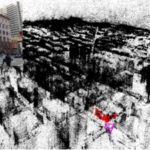