The headset will be up on HTC’s official site on June 10 for and £1,272/€1,404 in Europe. We’ve asked HTC if this is the same date for the US, where the kit costs $1,300. HTC previously told us that it will sell the headset via some commercial channels so that smaller businesses can pick up the headset too, but no details on that today.

The Focus 3 is impressive on paper – it boasts Qualcomm’s XR2 platform just like the Oculus Quest 2 but also delivers 2.5K per-eye resolution and a 120-degree field of view. There’s also four-camera inside-out tracking and built-in audio. You can get a full spec rundown right here. But, while these specs may indeed be impressive, the headset is strictly aimed at business use – it will launch with an app store of generalized apps including Vive’s own B2B software, but don’t expect any games or entertainment experiences.

When we asked earlier this year, HTC declined to confirm if there will ever be a consumer version of the Vive Focus 3.

The news comes as the first shipments of the HTC Vive Pro 2 started arriving. The PC VR headset is aimed at both enterprise and high-end consumers. We’re hoping to have impressions of the device with you as soon as we can. 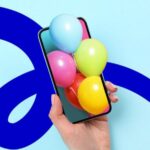