Van Gogh: The Immersive Experience is open now to the general public at the Olympia Theater in Downtown Miami.

When it comes to the history of Western art, there are few figures more well-known than Dutch painter Vincent Van Gogh. In a single decade, the influential post-impressionist created roughly 2,100 pieces of original art spanning a wide variety of mediums, including landscapes, still lifes, and portraits.

While his genius would go largely unrecognized until years after his death, his work would eventually come to serve as the inspiration for much of the modern art we know today.

Van Gogh: The Immersive Experience aims to shine a spotlight on that genius, offering attendees the chance to immerse themselves in Van Gogh’s legacy via a 20,000 square foot light and sound exhibition powered by 360-degree projection mapping technology.

Developed by entertainment producer and curator Exhibition Hub in collaboration with entertainment discovery platform Fever, this one-of-a-kind gallery uses state-of-the-art video mapping technology to bring 300 of the artists, paintings, sketches, and drawings to life via large-scale floor-to-ceiling digital projections. This includes famous works such as The Starry Night as well as Van Gogh’s instantly recognizable self-portrait, among many, many others.

In addition to the 360-degree video mapping technology, the exhibition also features an additional 10-minute multi-sensory VR experience that takes you through a day in the life of the prolific artist. Here, attendees can learn more about the inspiration behind famous pieces such as Vincent’s Bedroom at Arles and Starry Night Over The Rhone River.

Van Gogh: The Immersive Experience is open now to the general public at the legendary Olympia Theater in Downtown Miami. Tickets are available for purchase now via the official website ($34.90 for adults, $19.90 for children). 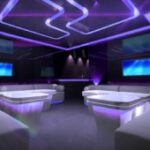 The Future of XR’s Remote Events in the New Normal 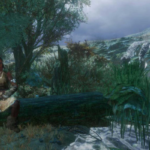