Location-based experience at the National WWI Museum and Memorial takes you into the trenches with „War Remains.“

Presented by “Hardcore History” legendary podcaster Dan Carlin, War Remains is an immersive VR experience that transports viewers to the Western Front of the First World War where they witness history unfold from a soldier’s point of view. The experience is educational, intense, thought-provoking, and impactful.

The Power of Virtual Reality is Harnessed to provide ‘Empathy Amplification’

Carlin, whose grandfather was on the western front during the First World War, stated during the media preview of War Remains for the National WWI Museum and Memorial, that they designed the experience with immersive technology “to provide an added layer of what we like to call ‘empathy amplification,’ a chance to get a little deeper into the story than what the previous tools have allowed for, whether it’s the spoken or written word [or] something through a medium like radio or television. Here we have the next generation of immersability if you will, where you become part of the story.”

Available through both Oculus Store, Steam, and Viveport for PCVR headsets, the experience has received mixed reviews, but if you look closely at the comments, most of the negative feedback revolves around the fact that the experience is incredibly short – 14 minutes from start to finish and that includes the credits.

While I was also left desiring more content at the end of War Remains, I also spent a little time in tears after I removed my headset. In one sense, you want to experience more, but the experience still made an impact. I felt this impact simply by going through the experience in my gaming room and definitely it’s sure to be even more applicable at the National WWI Museum and Memorial location-based experience.

“If you’re recreating a negative experience,” asks Carlin during the media preview, “how realistic can you make it before no one wants to do even a simulation of it anymore?”

“Our hope and wish for this project was for people to be able to walk in the footsteps of their forefathers, their ancestors,” said Oldenburg. “Telling stories on a 2D screen for a movie or a tv show is one thing, but then to be able to create an environment where you can physically touch, hear, and sense even the vibration of what it was like to be there truly connects you to the memories of the past.”

During the first several minutes of War Remains, the scene is set. Carlin’s narration is top-notch and you’re given some background of what’s going on and what to expect. Due to the graphic nature of what you’re about to see, even if it’s only for a few minutes, the introductory period definitely seems necessary and Oldenburg explained that they wanted to give the user an opportunity to understand where they were and why they were there, creating an experience that would take the user to the edge without causing emotional trauma.

The goal was to honor all those who lost their lives in the horrendous war while passing along a message of why this still matters.

“I think history continues to repeat itself,” Oldenburg added, “because the narrative story of what it’s like can get lost on the new generation. Specifically, if you didn’t get to physically taste, touch, feel, hear what it was like.”

Oldenburg and the entire team created an immersive experience that helps users better understand the First World War on a visceral, physical level.

“This is just our first foray into starting that path to truly be able to get people to connect to the past in hopes that this sort of thing will never happen again,” said Oldenburg.

MWM Interactive gifted the War Remains location-based experience to the National WWI Museum and Memorial in Kansas City, Missouri. Visitors age 14 and up will be able to experience the stunning visual effects and powerful sound design on a custom set that gives the sensation you’re in the trench as the floor vibrates and explosions surround you.

War Remains is a solitary experience and users will be allowed through at intervals of approximately 15 minutes. Hosted in the Museum’s Memory Hall, timed entry tickets are on sale now and the exhibit opens on May 27.

“We are extremely grateful to MWM Interactive for the gift of War Remains. This experience is unlike anything that Kansas City has hosted before,” said Matthew Naylor, President and CEO of the National WWI Museum and Memorial. “War Remains will allow the viewer to immerse themselves in the trenches of WWI and experience it with all of their senses, reaching them on both an educational and emotional level.”

The National WWI Museum and Memorial is America’s leading institution dedicated to remembering, interpreting, and understanding the Great War and its enduring impact on the global community. The Museum and Memorial holds the most comprehensive collection of World War I objects and documents in the world and is the second-oldest public museum dedicated to preserving the objects, history, and experiences of the war.

Tickets can be reserved through the National WWI Museum and Memorial War Remains website. 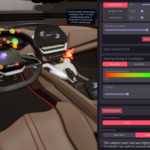 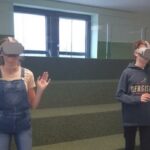