Watch Episode One of Space Explorers: The ISS Experience free for a limited time as part of National Space Day.

Beginning today through May 10th, those with an Oculus Quest or Oculus Rift headset can check out Episode One of the four-part 360-degree series 100% free-of-charge via Oculus TV and Oculus Venues. The largest production ever shot in space, Episode One: ADAPT, documents the arrival of several new crew members aboard the ISS and their experience adjusting to life in space. Throughout the roughly 24-minute 3D, 360-degree film, you’ll follow professional astronauts Anne McClain, David Saint-Jacques, Christina Koch, and Nick Hague, as they overcome a variety of challenges unique to life in space, from disorientation caused by microgravity to various unexpected emergencies.

Developed over the course of two years, the entire series was shot, narrated, and crewed by the astronauts themselves, who ended up capturing an incredible 200 hours of cinematic 360-degree footage plus 18 hours of eye-opening video logs and interviews. The result is a rare, intimate look at the day-to-day lives of these modern-day pioneers, from their innovative scientific work to the shared meals and personal relationships developed while floating through the vacuum of space.

We had a chance to check out Episode Two of the revolutionary series, ADVANCE, during the 2021 Sundance Film Festival. Whereas Episode One focused on the arrival of new crew members, Episode Two follows three astronauts as they prepare to disembark the ISS and return to Earth.

I’m not exaggerating when I say Space Explorers: The ISS Experience is easily one of the most impactful VR films I’ve ever experienced in-headset. Whether it be the incredible 3D visuals afforded by Felix & Paul’s pioneering 360-degree camera—which was built specifically for use in space by astronauts—or the powerful video logs recorded by the crew, Space Explorers is the closest you’ll get to experiencing life in space without a degree in engineering or biological science. As a self-described space fanatic, I’m not afraid to admit that there were several moments throughout Episode One and Two that had me on the verge of tears.

Those with an Oculus Quest or Oculus Rift headset can check out Episode One on-demand for a limited time via Oculus TV. You can also catch a 24-hour loop of Part One via Oculus Venues.

For more information on the ground-breaking project visit here. 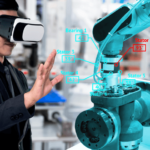 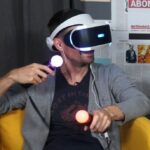