Using Virtual Reality To Open Doors For Those With Disabilities

In VR-focused webinars, I often get asked about accessibility. While not 508-compliant, Virtual Reality has opened doors in other ways by allowing people to go where they simply otherwise could not go, whether that’s because of physical disabilities, location, or cost.

This March was an important milestone for me and my family.

15 years ago, my father was in an ATV accident that left him paralyzed from the mid-chest down. The sudden change in his mobility shifted my family’s lives tremendously; we no longer had family hikes in the mountains, ATV rides in the desert, or basketball tournaments in the backyard. We had to move to a new house that didn’t have any stairs.

It also opened our eyes to the shameful state of the world around us when it comes to meeting ADA requirements in restaurants, stores, and other public places. In a desperate attempt to return to normal in the months following the accident, we tried to go out to eat. Our family’s favorite eatery was very wheelchair accessible, and so we optimistically went to another favorite a while later only to find out that they were not accessible and had never thought of it as a real issue.

Well, my father let them know that they were breaking laws by not being ADA compliant, and pointed out how much money he’d spent at their establishment in the past year alone. The manager then came out and said “we’ll get you in.” He directed our family to the back of the store and pulled us through the kitchen, then into the main dining area. It wasn’t long after that they added a ramp to their main entrance.

Dad went on to start a blog rating different public locations on their ADA compliance and found many others who were doing the same. He rated the Disneyland experience from the point of view of a wheelchair-bound person. While being especially observant at Disney, we noticed several groups utilizing the no-questions-asked, skip-the-line wheelchair policy, one time even noticing a group of teenagers taking turns in the wheelchair throughout a day.

It’s been 15 years now. My wife has never known her father-in-law as an able-bodied person. My children will never know their grandfather as a 6-foot, 2-inch man, but rather as a 4-foot, 7-inch man.

However, it isn’t all sad. Dad’s prominence in the community he lives in has encouraged businesses all over the place to make their establishments wheelchair accessible. There’s even one restaurant that resides in a historical building and is unable to change the accessibility of their entrance, but they’ve made accommodations for to-go food to be run out to Dad’s car when he orders.

We’ve also found ways to spend time with Dad outdoors and have adventures again. He purchased a recumbent hand bike that he rides often, and every Independence Day we ride 20 miles down the Wasatch Front.

A family friend, known online as Jerry Rig Everything, reached out to Dad to see if he’d be willing to trial test an off-roading electric wheelchair called The Rig. After giving his input, he purchased the final model and is now able to spend time in the mountains and on hiking trails with us. As a bonus, the grandkids love riding on it too! Another bonus for the grandkids? Grandpa’s house is all one level with very even wood floors that are perfect for riding scooters and trikes on, making loads of happy memories and filling the house with laughter.

As technology advances and awareness of the challenges of those with disabilities increases, we’re sure to find more and more solutions to these challenges.

Through my work at eLearning Brothers, another surprising solution has surfaced.

Determining the height of the tripod was interesting. My initial plan was to have it as close to the ground as possible so that the tripod legs wouldn’t splay out as far. Ultimately, I decided to put the camera at what I estimated was Dad’s eye level (turns out I wasn’t very close).

Since I knew I’d be giving this experience to Dad in an Oculus Quest, I decided to start the tours outside of my house. This created the experience of coming over to my house and choosing to walk in the front door.

Once inside, Dad can choose how to move around the house. I put in hotspots and small arrows so he can decide what room to move into.

CenarioVR’s text box utility was very helpful when it came to rooms that we were unwilling to capture, such as the laundry room, or the (packed) storage room. We also found that some of the small rooms, such as the bathrooms, didn’t give a very pleasant experience when viewed in the headset so we were judicious about which ones we included in the tour.

Once he exited the house, we made navigation to the other homes very easy with more hotspots and labels as to where these ones went. In total, we did three homes as part of the tour, and each one had transportation arrows outside of it.

In two of the three homes, we gave actual tours as though Dad had come over to visit. My brother and his wife are pictured here waving hello to Dad. They then proceeded to tell him about the important items in each room. It added a nice personalized touch.

In my home, my four-year-old gave his child’s perspective—while wearing nothing but his underwear—to grandpa in each room, providing the true experience of an average day in my home.

We also found that Dad would go through some rooms more than once because if he looked in the opposite direction of the tour guides he’d see some sort of easter egg, like my brother’s dog excitedly watching “dog TV [1].”

We showed my Dad on a Sunday when we were all gathered at his house. We put him in the headset and used the Quest screencast feature to cast what he saw on the TV. We sat there as silently as we could, listening to our own voices guide him around our homes. Sometimes Dad would reply back to his digital host, especially when it was his grandson saying, “This is the kitchen where we eat, what’s your favorite food grandpa?” He also made comments such as “I didn’t know you had so much counter space” and “Wow, this room is decorated beautifully!” Afterward, he thanked each of us for putting the work into sharing our homes with him. He also pointed out that he’d been inside two of those three homes in real life, but only into one or two rooms due to mobility issues so this really allowed him to see everything and he appreciated that.

How Does This Tie Into eLearning, You Ask?

In VR-focused webinars, I often get asked about accessibility. Of course, for most eLearning developers the accessibility they’re concerned about is for visual or hearing impairments. Lectora® is a fantastic tool for deploying courses that meet these accessibility requirements.

However, Virtual Reality has opened doors in other ways by allowing people to go where they simply otherwise could not go. Dad is able to tour his kids’ homes. I can visit locations on the other side of the world without leaving my living room. And in the training world, we can take people to a virtual conference in a time of social distancing, or on a helicopter ride to study ruins without paying for plane tickets. And now that I’ve done this house tour I can see virtual reality’s value as a real estate sales tool.

So, Is Virtual Reality Accessible In The Traditional Sense?

No. But it is a tool that has helped and changed my life for the better. 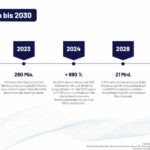