10 VR Sports Games To Keep Us Occupied At Home

Stay active under lockdown with these fitness-focused games & apps.

2021 might be presenting a more optimistic outlook, but right now many of us are still confined to our homes. You don’t need me telling you how hard last year was. Depending on what part of the world you live in, your situation may vary, but for the more outgoing amongst us, COVID-19 has put a huge dampener on our hobbies. Sports undeniably took a big hit and though some professional leagues are still running, it doesn’t beat those amateur games with friends.

While modern VR technology is still a long way away from offering lifelike experiences, it serves as a fine alternative in the meantime. For some of us, that’s enough, and with new headsets like Oculus Quest 2, it’s easier than ever to get involved. From boxing to frisbee, here are a few recommendations to get you moving while under lockdown.

QuiVr is certainly more of a fantasy-based experience than traditional archery simulator, but as far as VR adaptations go, we haven’t witnessed many dedicated options. It’s a key element to games like Apex Construct, Elven Assassin, and Holopoint, but none of these offer a truly realistic interpretation.

QuiVR is arguably the most satisfying attempt we’ve seen combat wise. Launched on Steam in 2018 and compatible with most major PC headsets, you’ll be tasked with defending your keep and stopping an enemy horde from breaking through. Featuring multiplayer options, leaderboards, and strong physics, it’s certainly worth a look.

Bowling hasn’t had a particularly successful history of video game adaptations. Wii Sports is one thing, and it makes for a fun minigame within Tekken or Super Monkey Ball. But as a solo effort, It’s been a tough one to nail down. Thankfully, Premium Bowling makes an excellent crack at it.

Released in 2019 by developer Sadetta, Premium Bowling does an excellent job at replicating those physics, letting you set up bowling teams with other players via online multiplayer. PC users can play it via Steam with most headsets and a Questport was also released, so there’s plenty of ways to experience this one.

Rhythm and fitness games go han-in-hand with VR, which explains BOXVR’s success. Launched in 2019 to strong reviews on Steam and PSVR, it received a major overhaul for Oculus Quest several months ago, rebranding to FitXR and expanding beyond that initial premise.

This update hasn’t made it to PSVR or Steam just yet, but the developers have confirmed it’s on the way. If a more realistic style boxing game is what you’re looking at though, Creed: Rise to Glory would be a worthy alternative, but otherwise BOXVR/FitXR makes for a great option.

Anyone that owned a Kinect on Xbox 360 will likely remember Dance Central. Developed by Harmonix of Rock Band/Guitar Hero fame, it offered a more authentic dancing experience than competitors like Just Dance, featuring a stronger focus on choreographed routines.

Having been inactive since 2014, Dance Central made an unexpected revival in 2019 with the help of Oculus Studios. Launched with a 32-song playlist, it brought back that core dance routine focus, setting itself apart from rhythm games like Beat Saber in doing so. Offering cross-buy between Quest and Rift, it reviewed well with players and would make another solid addition to your library.

Fishing certainly isn’t a physical sport in the manner that some of these other games are, but it still remains a favored pastime for many people. Now more than ever, that idea of sitting by a quiet lake, surrounded by beautiful scenery with a fishing rod in hand just sounds deeply appealing.

Even in quieter times, Miragesoft understood this sentiment and upon releasing Real VR Fishing last year, they brought us a winner. Available on Quest and Rift, it offers a highly relaxing experience, one which you can experience with up to 4 players and lets you view your previous catches within an aquarium.

Everybody’s Golf has a long-standing history across PlayStation platforms. Going all the way to the PS1 in 1997, it took a more arcade-style approach to golf and has seen numerous sequels ever since. After it’s PS4 edition proved quite successful, developers Clap Hanz followed it up in 2019 with Everybody’s Golf VR.

Releasing as a PSVR exclusive, it takes some time to get to grips with the Move Controllers but it brought us a worthwhile follow-up. If you’re seeking something with a more realistic approach though, The Golf Club VR would make for a suitable alternative.

For a game released back in modern VR’s infancy, Crytek’s The Climb still holds up remarkably well. Launched on Oculus Rift and later for Oculus Quest, it showcased just what this technology could achieve for gaming early on via rock climbing.

Taking free soloing to a new level, it offers four different climbable locations to explore with expert use of the Touch Controllers. There’s a fine experience within and we’re eagerly awaiting the sequel, The Climb 2, due to launch later this year on the Oculus Quest/Quest 2.

Developed by Survios, Sprint Vector offers a more thorough workout experience than conventional racers. Instead of sitting behind a steering wheel, players swing their arms to simulate running. Placing us inside an intergalactic game show, players compete in a series of racecourses, offering 8 player cross-platform play between Steam and PSVR headsets. There’s a tremendously fun racer that’ll have you breaking a sweat in no time.

Much like The Climb, Eleven: Table Tennis is another game which launched in VR’s early days, but it’s held some incredible staying power. Developed by For Fun Labs, the team’s goal has always been clear: create the most realistic table tennis simulator possible.

Available on Oculus Quest and Steam, you can go it alone or play with friends. It’s a testament to how even simple concepts translate remarkably to VR when handled carefully. Even now, it still receives regular updates to keep improving upon that experience and it comes highly recommended.

There’s something deeply satisfying about ultimate frisbee in VR, but by adding zero-gravity into the mix, Ready at Dawn took it to a higher level. In that regard, Echo Arena is certainly quite unique, beginning its life as a multiplayer expansion to Lone Echo before eventually releasing as a separate game.

Clashing within a virtual arena, your robotic team’s main aim is to score goals by throwing a disc through the enemy team’s goal while floating through a zero-gravity environment. These days, you can find it for free as part of the Echo VR hub on the Oculus Store (available for both Quest and Rift). Echo Combat is also available for the Rift, though you’ll need to pay for that one. 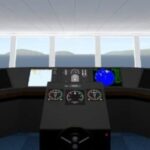 Remote Maritime Training on a ‘Virtual’ Bridge is Here 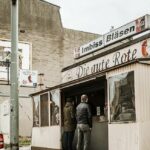