TÖBER Antriebstechnik has been developing and producing drive systems for over 85 years. With its precisely tailored, highly efficient gearboxes, motors and drive control systems, STÖBER is the producer of choice for machine tool manufacturers around the world. The enormous number of possible combinations allows extremely flexible machine construction. For STÖBER, this creates a challenge for the production design department. For the efficient and ergonomic planning of the production line, STÖBER tested prototypes on a Bechtle-installed virtual reality solution—saving money in the process.

STÖBER puts ideas into motion with passion and commitment, which is why the third generation family business has been focussed on the well-being of its employees since the very beginning. At the headquarters and production site in Pforzheim, Germany, the various gear components are developed and manufactured—from cogs to drive control systems. The production and assembly workstations need to be configured ergonomically, and STÖBER plans and constructs its lines precisely with this in mind. In the past, this was done using elaborate prototypes based on previously generated CAD and Excel data. These prototypes were then used to map design issues in workplace ergonomics before resolving them.

When STÖBER visited Bechtle’s Digital Workplace showroom seeking inspiration, the company quickly realised the doors virtual reality (VR) could open to design and optimise its own assembly lines. In several sessions, Bechtle presented the Karlsruhe-based start-up R3DT’s VR tool at the STÖBER site, demonstrating how it can be used in planning and workplace design.

Bechtle approached us with a new innovation and we immediately saw the opportunities in 3D virtual reality. Bechtle carried out the project in an open and unbiased manner. The experience of collaborating with a start-up such as R3DT was also second to none. For me, the most critical point was that my colleagues were involved from the start. They were shown what digitalisation can offer and any fears they had were relieved. We were able to experience our future production line before construction had even started.

During a three-week Proof of Concept, STÖBER tested its range of applications in its own company setting: The designs for the new assembly line being constructed at great expense for STÖBER’s new servo planetary geared motors were reviewed virtually. The new generation allows an enormous variety of gear motor combinations and options and also means that each series can be built to every available size. This not only gives the customer plenty of choice, but also creates very extensive internal processes. STÖBER was able to pinpoint potential for optimisation in the digital prototype thanks to VR, the use and configuration of which was trained by R3DT in little more than four hours. It quickly became clear that testing the STÖBER-designed assembly lines in the CAD model would not have been as quick and easy, because in the six months it would normally take to construct, correct and rework prototypes, the work of R3DT ensured that this only needed to be done in the CAD model, slashing the time required for this phase to just a few days.

Leveraging R3DT’s Cross Connected program, a VR headset and a powerful CAD Dell notebook, all STÖBER has to do now is upload the 3D CAD created in the planning phase to the virtual environment. In addition, STÖBER only needs to drag and drop the relevant KPIs from the CAD program to the VR software—a process that is very intuitive. Otherwise, the company needs no other technical tools.

This all means that entire lines can be visualised in the design phase and experienced in a virtual world using a VR headset. Employees can test the complete workspace, pick up tools, check screws and go through every process step thanks to this virtual environment and STÖBER no longer has to worry about putting together an entire assembly line as a prototype. R3DT’s software highlights potential for improvement right from the get go meaning that STÖBER only has to build a prototype just before series production.

From the very start, Bechtle and R3DT worked closely with the STÖBER employees on the introduction of the VR solution. In this way, they very quickly realised that virtual reality can be used both efficiently and cost-effectively for business purposes. The software is easy for each employee to operate, and the considerable time savings and fact that STÖBER can avoid costly reworks thanks to the R3DT software are all fantastic benefits. 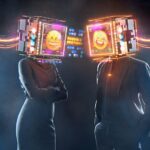 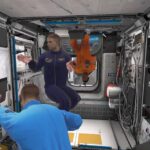 How VR Contributes to Space Exploration and Astronauts Training