The Role of Virtual Reality in the Fight Against Racial Inequity

Virtual reality is a force for social good, making a positive difference in people’s lives.

Virtual reality has been moving mountains across a myriad of verticals. In the past few years, we’ve also been seeing VR as a force for social good. REM5, a Minnesota-based company, is doing just that with a virtual exhibition space called “1 City. 2 Realities.” which is part of their REM5 For Good initiative. It illustrates and educates people on the realities of racial inequity and inequality across the nation.

This year on March 21, we celebrate the International Day for the Elimination of Racial Discrimination. The theme for this year is “Youth standing up against racism.” In the digital era, we’re seeing a new wave of activism and social movements, which rely heavily on technology to promote social, economic, as well as environmental change.

To make the experience as educational and immersive as a real exhibit, they used VR to power it. The immersive nature of VR makes it highly engaging. Additionally, it enables a forum for social interaction, allowing its users to start those difficult conversations about race and racism.

As you enter the exhibition space, you can view the displays at your own pace. You can also engage with other users. However, you can only listen to users who are relatively close to your location. You can’t engage with those who are halfway across the country.

The “1 City. 2 Realities.” exhibit even comes with a virtual idea board that you can follow using your mobile device.

Virtual Reality as a Tool Against Racism

REM5 For Good has two main objectives. They are as passionate about K-12 education and cultural competence as much as emotional intelligence education for large companies. They’ve worked with over 15,000 users and enterprises, such as General Mills, Target, Boston Scientific, and the University of St. Thomas.

On Martin Luther King Jr. Day, Target and General Mills provided their employees with access to “1 City. 2 Realities.” This powerful tool helped raise awareness about racial inequity and racism by sharing real-life stories of racial discrimination. Moreover, it illustrated the impact of racism on communities.

The virtual exhibit provides a safe space for participants to learn and reflect on their actions without fear of judgment. After every session, employees are given a chance to talk about their realizations and listen to others. From there, these institutions can work on addressing racial inequality within their respective systems. They can make positive changes to create fair and inclusive workspaces for their people. 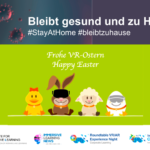 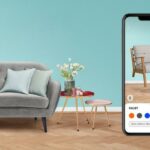