Management and information technology consulting firm Booz Allen Hamilton (Booz Allen) has recently announced that the US Department of Defense (DoD) selected the company, among others, to fulfill part of USD $600 million in awards for 5G experimentation and testing at five US military locations.

According to Booz Allen, the contract, which was awarded on October 8, 2020 represents the largest full-scale 5G testing done to date for dual-use applications in the world and will help move the DoD towards full-scale 5G military deployment.

As part of this work, Booz Allen will support two projects. The first project will take place at Joint Base Lewis-McChord in Washington, and will see Booz Allen prototype and optimize the military utility of 5G-enabled augmented reality and virtual reality (AR/VR) live training of an individual soldier, all the way up to a full brigade training together in the field.

Booz Allen will deliver an Army-owned prototype based on its ‘Digital Soldier’ offering that uses AR/VR technology to create realistic virtual environments that provide performance-enhancing training for US soldiers. The offering also uses an open, yet secure architecture that integrates with the latest technologies to provide faster equipment upgrades, according to the company. The project builds on a task order Booz Allen was awarded last year for up to USD $561 million to maximize soldiers’ performance on and off the battlefield.

The second project will take place at Hill Air Force Base in northern Utah, where Booz Allen will address the challenge of enabling the Air Force’s airborne radar systems to dynamically share spectrum with 5G cellular services. Booz Allen will deliver an artificial intelligence (AI) spectrum sensing application as part of a prototype that will demonstrate a fieldable Spectrum Coexistence and Sharing (SCS) system.

“Integrating 5G technology into our military’s warfighting capabilities is an ambitious and necessary endeavor to give the men and women of our armed forces the best training and equipment they need to succeed, and maintain the US’ competitive advantage,” said Chris Christou, a Booz Allen Hamilton Vice President of 5G and cloud security. “These projects build on Booz Allen’s proven expertise in helping the Department of Defense integrate breakthrough and complex technologies like artificial intelligence, augmented reality, and virtual reality to support missions on and off the battlefield.”

For more information on Booz Allen Hamilton and its technological solutions for the military, please visit the company’s website. 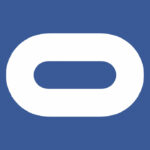 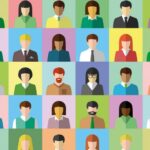