There’s an extensive selection of virtual reality (VR) apps that specialise in remote collaborate with one of the most fully featured being HTC’s Vive XR Suite which arrived in 2020. Today, the company has announced that its selection of five applications is now available in four new markets.

Originally released in China, Vive XR Suite can now be purchased in EMEA (Europe, Middle East & Africa), Australia, New Zealand and Taiwan by companies wishing to expand their immersive online work efforts. The suite’s five apps provide a range of services, from small meetings all the way up to online conferences.

Compatible with VR headsets, PCs and smartphones, the package is comprised of Vive Sync, Vive Sessions, Vive Campus, Vive Social, and Vive Museum, some as part of partnerships with other VR solution providers. Vive Sync was initially created by 2 Bears Studio as an internal collaboration tool and now allows other companies to create a private meeting room for one-to-one or group meetings. This is the core app a lot of business will be interested in.

For more large-scale events you have Vive Sessions – powered by Immersive VR Education’s Engage platform – allowing the creation of conferences, exhibitions and educational events. Vive Campus (powered by Virbela) has a mixture of locations such as virtual offices, learning environments and event spaces, with private, always-on virtual workspace for remote teams to nip in and out of.

The VRChat powered Vive Social is your ticket to a virtual universe that’s always changing and being improved. A community of creators have built virtual worlds, avatars, and interactive experiences. Numerous festivals have been held within VRChat, such as Raindance and Venice VR Expanded, plus SXSW Online XR is being held there this week.

Finally you have Vive Museum. Making use of Museum of Other Realities, this is the perfect spot for artists to showcase their work, where users can wander around amazing digital exhibitions, chat in groups and easily capture the odd selfie or two.

Businesses interested in the Vive XR Suite in the new regions can purchase it as one entire bundle or each app standalone depending on their needs. 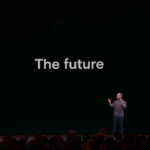 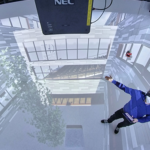