According to the company, Talon Strike is a high fidelity simulation system that provides a versatile and reconfigurable environment to create an immersive experiences that support a broad spectrum of applications including tactical aircraft (fixed and rotary-wing), submarines, special forces-like rigid-hull inflatable boats, high performance automobiles, law enforcement driving, and emergency response vehicles.

Talon Simulations noted that the concept had been prototyped through funding from Epic Game’s MegaGrant program, which the company announced in September last year in partnership with BeBop Sensors. That particular prototype involved a C-130 aircraft startup and take off scenario and was developed with the A3 Full Motion Simulator and haptic hand tracking gloves from BeBop Sensors.

By integrating Talon Simulation’s custom modular hardware components, the company added that the same system can be utilized to train a variety of vehicles and positions for many advanced training scenarios where large and expensive simulators are inaccessible simply by swapping out software.

The announcement on the company’s new mixed reality platform coincides with its recent new membership to the VR/AR Association (VRARA).

“Our team has been eager to become a part of the VR/AR Association in order to increase our involvement with the rapidly evolving immersive technology industry,” stated Brandon Naids, Talon’s CEO and Co-Founder. “We believe we can relay knowledge that we have developed working in the space over the last 7 years to aid in the ease of adoption for others. We look forward to connecting with the global community and contributing to building a strong and effective industry.” 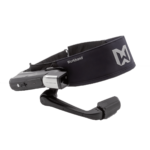 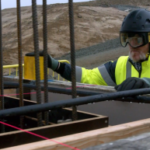