Take a Psychedelic Ride With Educational App Wisdom in March

While psychedelic drugs like magic mushrooms have been used for centuries and came to western prominence in the 1960’s counter-culture, more recently they’ve been used in research studies around the world to help with mental health treatments for conditions like depression. Next week, Radix Motion and Red Light Holland Corp will launch Wisdom, an educational virtual reality (VR) app showcasing the effects of psychedelics on the brain.

As an educational experience, Wisdom provides models of the 5ht2a neuronal receptor – the one affected by psychedelics – allowing you to take psilocybin molecule and place it into the receptor to see what happens. It’s all about using the immersive power of VR to demonstrate some of the phenomenological sensations people experience like synesthesia.

Wisdom is narrated by Canadian stand-up comedian Russell Peters, offering facts along the way whilst players are encouraged to interact with their surroundings, playing music on a xylophone or even simply just having a dance.

“As psychedelics become more accessible it’s incredibly important that people have access to the science of how these powerful substances influence our brain and since there is plenty of research that proves that the best way to learn is through fun and play that was our focus in Wisdom. It’s been an incredible experience to test Wisdom and see the “Wow” on players’ faces even if they are veteran VR players,” said SarahHashkes, a published psychedelic researcher and CEO of Radix Motion in a statement.

“Wisdom is another piece of Red Light Holland’s Digital Care program that combines cutting edge technology and human innovation to promote education, information and responsible use of our iMicrodose packs,” said Todd Shapiro, Red Light Holland CEO. The VR experience was originally designed for Smartshop patrons in the Netherlands, but with this acceptance on Steam, I’m thrilled to share it with the entire world.

Wisdom will launch via Steam for HTC Vive, Oculus Rift and Valve Index on 17th March. For further updates on the latest educational VR experiences 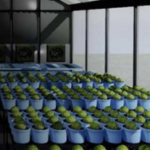 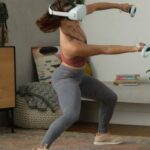 VR Workouts Are Just What Your Fitness Rut Needs