A few years in, VR has successfully delivered on some of its biggest promises.

In 2013 I volunteered to play a game design student’s project on an Oculus Rift DK1, a simple maze and a rollercoaster demo. They were just prototypes so it wasn’t a spectacular first impression of virtual reality, but I kept thinking about it for years after, and in 2018, lacking a suitable PC, I invested in a PlayStation VR.

When I bought an Oculus Rift S I finally had the VR experience I wanted. Hand movement was refined, my immersion wasn’t broken by sunlight, and setup was much tidier. I’ve since bought an Oculus Quest 2, but that Rift S demonstrated what VR could achieve and how many improvements VR tech has made since 2016. Granted, some aspects of VR still have a ways to go, but when done well, VR is captivating. Here’s where it excels now, several years in.

We haven’t hit Star Trek’s Holodeck yet, but increased immersion has always been VR’s biggest strength over flat gaming. Experiences inside 360 degree worlds can’t be recreated with a monitor, mouse, and keyboard. VR can whisk us away to storybook settings, magical realms, the wider universe and familiar locations like City 17. Or we can take on fantasies like fighting Rocky, being an action hero, or becoming Darth Vader’s unwitting accomplice. The choice is ours, and in 2021, we’ve got plenty to pick from. There are some great VR games, now, and plenty of worlds that are just a pleasure to exist in.

VR’s immersive potential goes beyond gaming, too. Video conferencing is nothing new, but since the pandemic began, we’ve become far more reliant on it. Feeling connected to one another via hours of Zoom meetings isn’t easy. And when people lack that physical presence, keeping focus is tough. Enterprise VR apps like Spatial and Glue have stepped in to make it feel more like you’re actually meeting people. They don’t truly capture your facial range, but it’s still a significant improvement over yet another video call.

Hand movement is integral to many VR games, so it feels strange remembering the Oculus Rift’s launch didn’t include the Oculus Touch controllers. In the early days of VR especially, designers were still in a race to get motion controls right. HTC launched Vive’s controllers with the headset, but Oculus instead had an Xbox One controller and Oculus Remote. If you’ve ever played The Climb with and without motion controls, the difference is staggering.

Hand tracking is another big development, registering our own hands directly into virtual space without controllers. It currently works on Oculus Quest and Vive and could be another leap forward for immersion—and eventually solve some existing issues with VR, like how awkward throwing objects always feels. Without buttons, though, our hands will only work as „controllers“ in games explicitly designed around them.

If you enjoy mixing fitness with home entertainment, VR’s inherent physicality naturally leans into that territory, even when it’s not trying to. There are plenty of dedicated exercise experiences and rhythm games. Continual movement quickly burns calories, so if you’re planning to use your headset this way, I recommend sweat bands. Give it a good clean too, please.

VR’s health benefits have been researched, with the Virtual Reality Institute of Health and Exercise collating estimated calorie burn with an app. The institute is currently on hold, but if you’re looking to monitor progress, YUR Fit is available for SideQuest and SteamVR, offering a real-time overlay. Using an estimated heart rate, several games have officially integrated it, including Synth Riders. Similarly, Oculus Quest 2 has Oculus Home, which lets players set fitness goals.

VR admittedly has an image problem—a lot of people assume it’s a solitary experience. That’s understandable. The very premise involves us isolating ourselves from the outside world and strapping on a headset. You can’t just plug in extra controllers and have friends join. Thankfully, more people own VR headsets every year, and more games support co-op play. Beat Saber, one of the most popular VR games, recently got a multiplayer update. VR is easier than ever to use as a social experience. It can also be a lot of fun just to set up VR and take turns playing it, and watching someone walk around transfixed by what they’re seeing inside the headset.

Generally setting up social VR games requires multiple players with their own headsets, but some games have gotten creative. Spaceteam VR is a great example, letting players join locally with smart devices. Games aren’t the only method for socialising in VR, either. Beyond standard multiplayer, if you just wanted to hang, Rec Room offers a chill experience. Looking to watch a film? Load up BigScreen VR. Thinking about viewing a live show? AltspaceVR is still going strong.

In and out of VR, game developers are always trying new things in first-person shooters. Mouse and keyboard may always beat a controller, but we’ve seen some interesting excursions into other control styles over the years. Time Crisis popularised 3D light gun shooters, the Nintendo Wii made motion controllers mainstream and Sony briefly tried to make stereoscopic 3D the next big thing with games like Killzone 3. But more than any of those innovations, shooters in VR feel genuinely revelatory.

VR’s 360 degree vision and motion controls are a perfect fit for the genre. In the last five years, the VR FPS field has covered everything from realistic military shooters, zombie apocalypses and robot uprisings to rhythm shooters. The theme totally changes the feel of a game in VR, and aiming feels so different than it does on a monitor. It can be challenging if there’s no HUD, but it’s hard to overstate just how immersive these games can be. Landing that perfect shot is incredibly satisfying.

Let’s face it—none of us are taking vacation anytime soon. Until this pandemic subsides, we’re (mostly) restricted to our homes. Even in better times, there are plenty of reasons someone might not be able to hop on a plane and fly around the world. VR headsets help bring these locations to us. Virtual travel videos have taken off in a big way these last few years. One minute we could be visiting Paris, and in the next we’re arriving in London. Maybe I’ll tour New York in the evening.

Some virtual tours can be experienced via YouTube, and there are also dedicated apps to facilitate this. Wander on Oculus Quest is a great example, using data from Google Maps to take us anywhere across the planet. National Geographic Explore VR is another, showcasing the natural beauty of Antarctica and Machu Picchu. Documentaries are now filming to accommodate VR too, offering an educational aspect for the technology. 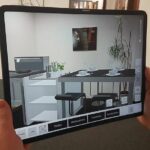 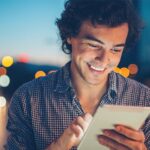