A look at the University of Michigan’s “XR for Everybody” free online course.

The University of Michigan has an ambitious XR program that is both incorporating extended reality into education within the University and trying to create the next generation of creators through education and outreach. One of the fruits of this outreach is a free online course by Assistant Professor Michael Nebeling.

ARPost spoke with Nebeling, as well as with The University of Michigan’s XR Initiative Director Jeremy Nelson about the course, and about XR in education.

How the Course Came to Be

Nebeling teaches two university courses on extended reality applications and development. As part of an exercise within the University of Michigan, he was asked to create a “two-week focused learning” course. The course drew thousands of students and lots of positive feedback.

“They wanted to learn more about how to create experiences and that was outside of the scope at that time,” said Nebeling. So, he worked with the XR Initiative and the University’s Center for Academic Innovation. “I was coached a little bit on what you can expect and ask from someone who is learning on their own time.”

This was part of a year-long production effort that resulted in the three-part course Extended Reality for Everybody, available for free on Coursera.

A Look at the Course

The course’s three parts cover an introduction to XR technology, applications and issues, user experience design, and extended reality app development through webXR tools, Unity, and Unreal. The courses also all have a more intensive “honors track” for learners that want to put more into and get more out of the course.

“A common profile is people that are interested in XR but don’t get to exercise it in their jobs and are looking at future opportunities,” said Nebeling.

The courses currently work primarily with web and mobile XR applications, primarily because of accessibility issues that come with dedicated VR headsets.

“My XR courses are very difficult to scale. Our VR labs used to have 20 word stations but now those classes have over 40 people and my Coursera course has thousands,” said Nebeling. “Right now it’s very difficult to do the VR device work, but on the AR side we’re doing very well.”

The problem of scaling and accessibility was necessary to tackle for the online course, but it was one that was already evident on the University of Michigan campus as interest in extended reality has grown.

“Pre-COVID, we had a huge VR lab available and we made a few headsets available through the library but that program just started and it’s a challenge,” said Nelson.

The University of Michigan’s XR Innovation

Right now, limited access to VR headsets in the courses might seem like a let down. However, with most people experiencing most XR through their mobile devices, it may be an advantage. While Nebeling described VR as “still a bit of a niche thing,” he also said that he looks forward to the coming day when the hardware is more ubiquitous.

“It would be fascinating if we could take [the course] to an even more advanced level in the future,” said Nebeling. “My dream is, in the future, to get even more hands-on with the students.”

This might partially be facilitated through more extended reality engagement on the part of education outside of XR-specific courses. This is one of the specific goals of The University of Michigan’s XR Initiative.

“We’ve funded 21 projects from 10 of our 19 schools for using XR in their courses,” said Nelson, who’s program also hires students from the XR courses to work in continued innovation. “We’re really thinking broadly about how best to bring this technology to students and learning.”

Education is an area of huge potential for extended reality, particularly during the current period of remote learning. However, that doesn’t mean that all educators are buying in.

“Education is one of those promising use cases, but if you look into who’s doing the research… it’s usually tech enthusiasts,” said Nebeling. “It’s not supported at most universities.”

The level of dedication to extended reality shown at the University of Michigan seems to be the exception rather than the rule.

“We shouldn’t be unique, but we still seem relatively unique,” said Nebeling.

Extended Reality for Everybody is thrilling. It’s a great opportunity to take University of Michigan courses for free from home. But of course it’s also something bigger. The work being done by Nebeling and Nelson is groundbreaking in higher education and is contributing to the next generation creating the XR experiences that the rest of us can’t wait to use. 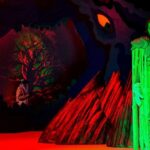 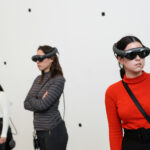 What taking VR and AR mainstream means for sustainable development