You’re probably familiar with the service transformers that reduce the electrical power feeding your home to its proper voltage—they’re the can-looking things up on the power poles in your neighborhood, or the metal box at the edge of your front yard.

The ones that handle the really big voltages at electrical substations, though, are tremendously larger than those little jobs. Those huge transformers are the kind made by Hyundai Power Transformers (HPT), a division of Korea’s Hyundai Electric & Energy Systems Co., Ltd., in its plant in Montgomery, Alabama. The size of their transformers makes simply moving them within the factory a considerable safety challenge. The plant’s bridge cranes, which can lift up to 400 tons, are specialized pieces of equipment that require extensive training to service and operate.

“Our oil-filled transformers weigh anywhere from 100,000 to 800,000 pounds,” said Tony Wojciechowski, HPT’s Chief Human Resources Officer. “So any crane lift is a highly critical operation.” HPT President JuSeok Kim has noted the plant’s enviable safety record, with over six million hours worked in Montgomery without a Lost-Time Accident. With highly-experienced Baby Boomer employees nearing retirement and a need to grow their workforce, the company wanted a better way to train new employees for those critical crane operations.

MORE FOR YOUCompanies May Regret Jumping On The Remote Work BandwagonBefore Its Splashy Super Bowl Ad, Soap Startup Dr. Squatch Built A $100 Million BusinessBrightmark: Circularity Is The Solution To Plastic Pollution And CO2

That’s where virtual reality (VR) comes in. This week Hyundai and Alabama Industrial Development Training (AIDT), a division of the Alabama Department of Commerce, announced the launch of a statewide initiative that used HPT’s training needs as the catalyst and built a VR-based crane inspection and operation instructional program. They worked in conjunction with TRANSFR, a New York City-based tech startup that’s using the $12 million in Series A funding it raised last November to develop hands-on, simulation-based training for industrial users. “Most people don’t think of the government as innovative,” said Bharani Rajakumar, CEO of TRANSFR. “But here you have the AIDT leading the charge, bringing in Hyundai to help develop this, then implementing it and getting real results.”

“For us, heavy crane work is a great fit for the VR application,” Wojciechowski said. “It’s repeatable, and it makes things very easy to learn. If someone uses this, when they hit the floor they’re already a year ahead of where they’d have been without this training.”

“We give people the real experience of what it’s like to do the job,” said Rajakumar. “It’s immersive, which can mean different things, including just having a 360-degree view. Here, it’s that but more, and gives the worker the experience of actually using the equipment and making mistakes.” TRANSFR’s technology is based on the Oculus Quest for Business platform. “The tech allows the learner to acquire skills in the virtual setting, and then go straight to work in the HPT system.”

Ed Castile is Executive Director, AIDT, and deputy secretary of the Alabama Department of Commerce. “As Tony said, it provides consistent training,” he said. “But it’s also a psychological thing. It lets you get comfortable with the equipment in a virtual environment. The real thing can be very intimidating—it’s a daunting task to take on. TRANSFR worked directly with Tony’s people to develop training that’s very real, but in a safe environment.”

“To me, what’s interesting is not just the technology, but using it to give outsiders a peek at what happens behind the walls at HPT,” said Rajakumar. “In a way it’s a recruiting tool. Most young people have no idea what goes on in manufacturing.”

The program launched this week is intended to help manufacturers across Alabama see the potential of VR training. “What we learned from TRANSFR will apply to any industrial setting,” Wojciechowski explained.

“We’ve been at this since pre-Covid-19,” Rajakumar added. “We already have over 100 industrial applications in our catalog, and we expect to have over 500 by the end of this year.” The company is entirely focused on manufacturing applications for now. “We’ve developed applications for automotive, construction, manufacturing fundamentals, and safety,” he said. “In the future, after we’ve mastered these applications—marrying the technology with the workforce ecosystem to get people onto a solid career path—then we might explore other areas like healthcare.”

A key consideration in all of this is the development of the next generation of workers. “One of the things we encounter a good bit is people really aren’t comfortable with this,” Castile said. “People say it looks funny to put on these headsets. But for younger people, this is where they come from. They’re used to this kind of technology. This is just the leading edge of what’s coming.”

But it also goes deeper than simple worker training. In 2018 Alabama Governor Kay Ivey set out an ambitious state economic development goal of adding 500,000 highly-skilled employees to the state’s workforce by 2025. “We’re diligent in our promotion of workforce development in Alabama,” said Wojciechowski. “We have great support from Governor Ivey and Secretary of Commerce Greg Canfield, Ed Castile, Chairman of the Alabama WIOA board George Clark, and a host of various high-level supporters of workforce development in the seven Alabama Workforce Development Regions.”

For Rajakumar it goes deeper still. “The times we’re in are scary for a lot of people,” he said. “A lot of them aren’t sure when they’ll get back to work or where their next paycheck will come from. That’s especially true for the underprivileged—people of color and people from rural areas especially. We’re very excited to work with people in government, industry and education to equip workers with valuable skills. This is a real opportunity—it’s not a gimmick. It can help put people on a path to prosperity. 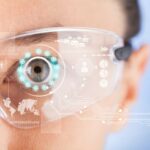 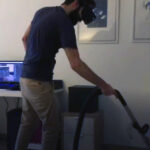