Last month Google dropped official support for its virtual reality (VR) painting app Tilt Brush. But it didn’t let the app die, instead open-sourcing the code on GitHub. Now, one of the most requested features by the Tilt Brush community, multiplayer, has arrived – for the Oculus Quest at least – thanks to Rendever’s CTO, Tom Neumann.

Rendever specialises in using VR in places like senior living communities and hospitals to overcoming social isolation, so Neumann knows the power of bringing people together.

“At Rendever, bringing people together through VR has been at the heart of what we’ve done since day one. The first time I tried Tilt Brush, I was amazed by the level of creative freedom it offered. It felt like a whole new medium,” said Neumann in a statement. “It has a huge community, so naturally multiplayer has been one of the most requested features. When it was open sourced, we saw a perfect opportunity to dive in and make multiplayer a reality.”

The team actually managed to develop a working multiplayer prototype within 10 hours, now getting the project to a stable stage where they can make it publically available. MultiBrush is free on SideQuest, where you can create a room for others to join. Rendever does note that MultiBrush is still in development so “some things may not work perfectly and we are still implementing some tools in the multiplayer rooms.”

Considering Google had all those years to develop a multiplayer feature, what Rendever has achieved so far in the timespan since the open-source code went live is impressive. Plus the team will bring MultiBrush to Oculus’ new App Lab soon.

“Through VR, we see a world where social connection is easier than ever, even during times when we’re physically distanced,” continued Neumann. “Our hope is that through working hand-in-hand with creators, we can bring our senior living partners and their residents into the world of VR artistry.” 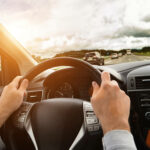 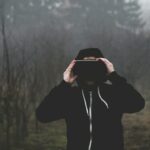