Collaborate On Glue With Oculus Quest

If you want to chat and work with teammates in virtual reality (VR) there are plenty of ways of doing so. Glue is one of those collaborative apps specifically designed for enterprise use cases, supporting the majority of headsets including Oculus Quest. Today, Glue is making that even easier by launching its app on the Oculus Store for the standalone headset.

Real-time, virtual collaboration is rapidly expanding so companies are looking to make that as friction free as possible. Even though the company says that Oculus Quest/Quest 2: “is our recommended way to use Glue” users still had to cable the headset to a PC to download and setup the application. From now on that’s no longer a problem, plus if you’re new to the platform you can create a new Glue Team on a free licence tier inside VR.

“Two months ago we unveiled a major new release of Glue, enabling remote teams to have their most immersive meetings yet. Today, we’re excited to share the news that Glue is now instantly accessible on the Oculus Quest and Quest 2, two of the most widely used VR headsets today,” said Jussi Havu, CEO, Glue Collaboration, in a statement. “This is another important milestone in our journey to empower remote teams everywhere to do their best work through Glue.”

That update back in December 2020 saw the introduction of expressive avatars which use AI to mimic your behaviour. They’re also far more customisable than before, so everyone in the team can create their own look. Another useful inclusion was a speech-to-text option, making the app more versatile for all users.

As Glue is an enterprise-focused application, those companies which wish to scale-up can do so with pricing starting from €50 EUR per user per month for a team of ten. That drops to €40 per user per month when there are 100+ users.

Glue is freely available to download now for Oculus Quest. Or if you enjoy the occasional board game, Catan VR has just launched at the same time for the standalone headset for $14.99. 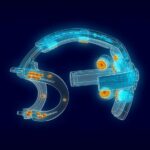 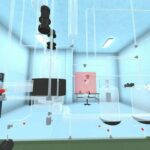