Mass Virtual, a provider of virtual reality (VR) technology and training solutions, has announced that the US Air Force’s (USAF) Integrated Technology Platform (ITP) team recently held its ribbon cutting ceremony for its new Virtual Reality Learning Laboratory at Joint Base San-Antonio-Lackland in Texas, US.

The learning lab is home to the ‘Career Enlisted Aviator Center of Excellence’ (COE), which is tasked with training 2,700 students each year. The lab includes 33 virtual reality stations that offer a multitude of highly interactive VR learning modules, according to Mass Virtual.

The ceremony, hosted by Major Jordan B. Clark, Commander of the 344th Training Squadron, signified the official launch of the ‘ITP Virtual Hangar’ into the COE’s training pipeline. Major Clark spoke of the journey that the initiative has taken, and referred to the effort as “the Rudy Ruettiger of training Initiatives…no longer a concept, not an idea, but … an actual (working) part of the Air Force.” This is because the training, which is now under the USAF’s ITP, is being distributed to units around the globe.

Commenting on the ceremony, Mass Virtual stated: “A special thanks to the 344th and ITP for changing the way we teach our Warriors. The Mass Virtual team is proud to be a part of this advancement to deliver next generation VR training technologies that will empower the United States military to be mission-ready now and into the future.”

For more information on Mass Virtual and its virtual reality solutions for simulations and training, please visit the company’s website. 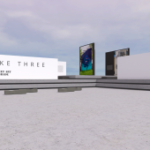 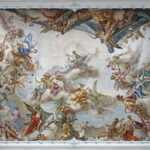