PSVR Finally Has A Japanese Train Simulator… Only In Japan

Long have I waited for a Japanese train simulator with VR support. Last month, Sony’s PSVR headset was finally graced with one… in Japan.

GO by train! Hashiro Yamanote Line hit Japanese PS4s at the start of December 2020. Published by Square Enix, the base game puts players in the driver’s seat of Tokyo’s looping Yamanote Line, one of the busiest in the city. You need to safely speed along the tracks, keeping time and juggling a bunch of different factors. The game itself is a port of a recent arcade title, and I wouldn’t hold my breath for a western release if I were you.

Meager as the offering may be, it still seems like an authentic experience, right down to the announcers on the train.

Simulators are well suited to VR and train simulators, in general, seem like they’d be a great fit. Derail Valley is doing a great job with its optional VR support, but we’d still love to see a full Japanese train simulator brought to life in VR. Maybe if the PS5 ever gets native VR support, developers will make more ambitious attempts to integrate support.

Fingers crossed! For now, I’m hunting down an import copy of the Yamanote Line. 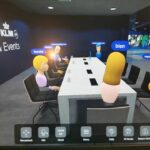 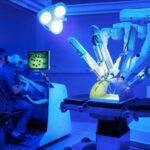