Training part of $16 million contract for body cameras and Tasers.

During training next year, Denver police officers will strap virtual reality goggles to their faces and experience a simulation of what it is like to have a psychotic break and be approached by police.

The lights are overwhelming, every noise is louder and seems closer, and the panicked narration in your head overwhelms what other people on scene are trying to tell you. An officer approaches, but you are not able to communicate effectively to explain what’s going on or even see his face because he is shining a flashlight at you.

Then the module switches. Now you’re the police officer responding to the call and tasked with helping the person whose shoes you just virtually occupied. You walk through the scene again, prompted with multiple options of how to handle the situation. The goal is to de-escalate the scene.

All Denver police officers will be required to complete the virtual reality trainings beginning in 2021 as part of the department’s expanded training requirements. Officers will have access to trainings aimed at helping people with schizophrenia, autism and suicidal ideation. Axon Enterprises also plans to roll out new trainings focused on helping people who have dementia, post-traumatic stress disorder or are hard of hearing.

“The reason that we are pursuing it is empathy itself is something all of us should be looking for,” Denver police Chief Paul Pazen said. “We want to see the world through a different set of eyes so we can better understand the issues or problems that people are dealing with. I think it means a lot.”

“What I like about this is it is truly a walk a mile in my shoes perspective,” Pazen said later.

The virtual reality training is part of a $16 million contract extension between the Denver Department of Public Safety and massive police supply company Axon Enterprise for 1,800 new body cameras, five years of online storage for body camera footage and more than 1,000 new Tasers for the city’s police and sheriff’s deputies. Denver City Council approved the contract on Monday, though it faced criticism from some council members who voted against it. The spending is part of the department’s already-approved budget.

The contract approval came one day before the release of an investigation that found that Denver police officers routinely failed to use body cameras they already had while responding to the chaotic George Floyd protests in the city in late May and early June. Hundreds of arrests were not documented as were countless uses of force against protesters and bystanders.

The contract also pays for video storage on Evidence.com, which has also come into question after the protest response investigation. The Office of the Independent Monitor did not have access to the website and instead the police department sent individual videos to the monitor’s staff that they identified as relevant. City council members, the city’s Citizen Oversight Board and the independent monitor himself have stated since the report’s publication on Tuesday that it is time to address that lack of access.

“Allowing the OIM access to Evidence.com would give access to all law enforcement sensitive information contained in that system, such as sexual assaults, homicides, etc,” a police department spokesman said in an email in response to a question by The Denver Post about why the monitor did not have access. “We continue to work with the Office of the Independent Monitor and provide what is needed for their review, both proactively and upon their request.”

Pazen said he’s not aware of any other Colorado law enforcement agency using the virtual reality training. The training will fit into the department’s attempts to better de-escalate situations and provide officers more education about people with mental health diagnoses.

There has not been much research on how effective virtual reality or simulation trainings is at changing officers’ behaviors in the field, said Kaylee Widener, a graduate student of psychology at the University of Denver who is studying how police attitudes about mental illness affect their responses. The trainings are certainly helpful for starting a conversation about how different officers reacted to the simulation, however.

“It’s a great way to start trainings because you have the ability to watch someone go through it and then talk about what they did,” Widener said.

Nearly a quarter of the 5,865 people shot and killed by police in the United States since 2015 had mental health diagnoses, according to The Washington Post’s police shooting database. Denver police, too, have killed people with mental illness, including the high-profile shootings of 15-year-old Paul Childs in 2003 and of Paul Castaway in 2015. 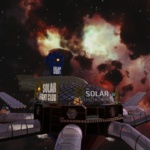 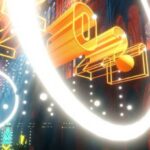