Picture this: wearing an Oculus Quest 10 headset you’re sweating heavily and struggling to catch your breath. It was a close game, but LeBron was just too hard for you to guard. Like how most of your games have ended this week, the famed Laker points out that you’re sweating and looking like your blood sugar might be low, suggesting you grab an electrolyte drink from the fridge, which just so happens to be RFID tagged.

While drinking you catch up on how James’ family is doing and relay the same regarding your children – you catch yourself occasionally, but the immersive nature of VR and the LeBron “Best Friend Basketball” AI construct game hooks you; anything your virtual basketball buddy recommends, from a product purchase perspective, you’re now likely to buy.

What happened? Influence happened, and it is coming on stronger than you might think. In the realm of emerging technology, the concept of influencers is understandably controversial. As a mental image, one might initially envision cringe-worthy Tiktok videos promoting a crash diet nutritional product after a skateboard fail video and before fundraising for a dream wedding.

Are these influencers the future for virtual and augmented reality? It takes more than a simple yes or no answer. The world of influence is far more complex and nuanced than that, but influencer marketing may be exactly what is needed to push VR and AR into more mainstream usage.

What is an Influencer?

Channel independent, influencer marketing is the method of having someone else tell your story for you. It is a formalization of word of mouth into a coherent process. By extension, an influencer would be any individual utilized as part of this process of marketing by proxy.

Are All Influencers Alike?

It’s an error to assume all influencers can be categorized as possessing the same positive and negative traits. It’s similar to the way one must recognize the broad spectrum of developers with language, environment, and product type focus and the skills needed varying significantly across that spectrum.

Acknowledging this diversity exists with the same degree of depth, influencers can be thought of in three general groupings:

Peer influencers make up the micro-level everyday interaction we all share. For the sake of argument, peer influencers might be one’s co-worker, neighbor, or industry comparative.

What Type of Influencers are Likely to Exist on VR/AR?

At some point, all three influencer types are going to be found across various implementations of virtual and augmented reality. For now it is primarily peer and authoritative influencers.

With the Oculus deliveries and product usage videos being posted heavily on Facebook due to tech’s collective obsession with VR, it becomes easier to understand how peer-level early adopters with an affinity for such technologies are going to be the first wave of influencers recruited.

This is somewhat strategic for early adopter influencers. As with all mediums, there is a period of hypergrowth that has the capacity to lift all channels, regardless of quality, simply due to the channel existing in a constrained supply while demand is outpacing it.

From early adoption and repetition comes expertise, relative to the general populace. Those peer-level influencers that have built a niche following over a period of time will be perceived as having an authoritative perspective. For instance, a reviewer of hundreds of augmented reality product placement filters for Android will be sought out when new filters are released on the market within that niche.

Aspirational influencers will exist in large numbers, especially first with augmented reality beyond basic social media filters, and then within virtual reality for the gaming industry before expanding outward. The market is not quite ready for them, however; they need to be pulled into adopting the technology or built from the peer to authority and then to celebrity process of audience growth.

Are Influencers Good for Driving Adoption?

The Facebook product videos of everyday parents using Oculus with their children is usually enough of an example to explain how peer influence can drive adoption. We all want to be like our aspirational heroes and listen to our industry authorities, but we have a more innate need to keep up with our self-defined peers.

Mass level peer influence has driven adoption of products and it is difficult to see VR/AR as being any different. Still, the technologies are in an early adoption phase and not yet being embraced for general consumption.

The videos do two things, which are fantastic for driving exponential adoption:

Why Will Brands Seek Influencers?

During the early phases, before hypergrowth, brands may jockey for default status and seek fast ubiquity among the peer level users willing to engage in influencer projects, establishing themselves as the table-stakes equivalent of being on the new platform.

As a comparative, look at the multi-player PC gaming industry. Even before it entered a phase of hypergrowth, gamers would seek to show their commitment and status with specialized gaming chairs, headsets, and even transparent door mini fridges chalked full of trendy caffeinated beverages. The table stakes to being considered a serious gamer was to have all the products that the other serious peer-level gamers had. For VR/AR, this could be additionally centered on general physical environment or on one’s virtual environment.

During hypergrowth, as more brands enter the medium and attempt to build share of mind, differentiation begins and more reliance on authorities is needed in order to cut through the noise of numerous peer-level voices. (Read also: Reinforcement Learning: Scaling Personalized Marketing.)

During this phase the products are both very specialized for expert pick purposes, but also more generalization begins to appear that appeals to non-early adopters. Keeping with the gaming example, specific headsets and specific chairs used and promoted by the top gamers at high price tags are prevalent but „getting started“ equivalence products exist for those new to the medium and not yet ready to fully commit.

We see this playing out now in maturing technologies like short format social videos where a divergence of product is seen for high-quality video and audio production alongside basics for getting started on the platform products and products those consumers might also purchase tangential to the medium.

In VR, it may be an in-depth immersion such as playing pickup basketball with LeBron James while he tells you why you need to grab a pair of his shoes. Endorsements and celebrity usage are not inconsequential costs, but with enough of an audience to market towards, brands will be willing to seek these influencers out in order to convert active audience participants into buyers.

As with all futurism, the expected outcomes are less set in stone. However, the convergence of two trends does seem likely: AI and aspirational influence. Revisiting the example of playing basketball with LeBron, imagine an AI construct that has consumed all known media mentions of him and his reactions to phrases and actions, allowing you to not only play a VR game against the player but also engage him as a human equivalent on subjects as diverse as politics or economics.

At this level of personal immersion, the psychological advantage not only makes for fascinating game play but also incredibly intimate product endorsements where the celebrity can interact as a peer, to the point of perceived genuine friendship. If your regular pickup basketball friend that you spend 10 hours a week with is casually asking you to buy his shoes after beating you in the friendly game, the likelihood of you agreeing is that much higher.

Given the connection of VR to ecommerce, that transaction could occur both simultaneously on platform and offline, with your shoe shipment arriving by the next morning.

And that’s why influencers are the real future of VR/AR.

Are you missing out when it comes to Machine Learning?

If you’re in the IT industry and looking to understand some of the context around Machine Learning and how it can be useful, here are some basics and essential concepts that help to define ML and its role in business.

Photo by Ivan Samkov from Pexels 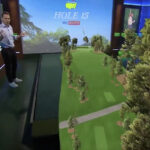 Column: What U.S. broadcasters can learn from Europe about AR 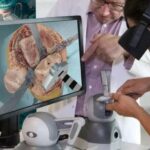 Five Ways VR Is Being Used In Modern Healthcare