The seed round was led by Silicon Valley venture capitalist firm Draper Associates, a previous investor in companies such as Tesla, Skype, Baidu, Twitch, and Cruise Automation.

Arthur, the company’s social collaboration tool for business, lets users connect either through VR headsets, or through a traditional monitors via web browser. The company also intends on releasing Arthur to both iOS and Android mobile devices in the near future.

To date, Arthur has been used in closed beta by the United Nations and French investment bank Société Générale. The company also says it’s currently being used by “one of the largest automotive companies in the world and one of the largest professional services firms in the world.” The company has now begun what it calls an “open exclusive beta” so more businesses can try out the app.

Like many enterprise-focused VR collaboration tools, Arthur allows businesses to personalize virtual spaces and hold either planned or impromptu meetings with colleagues using what the company calls “true-to-life avatars,” which appear to include photogrammetric scans of a user’s face.

The app features many of the trimmings of a standard office space, including whiteboards, virtual monitors, a comprehensive file integration system, and Internet browsers for in-headset collaborative surfing.

Founded in 2016, Arthur Technologies says its platform was mainly designed so geographically dispersed companies could hold meetings face to face, although it’s clear that with the new work-at-home shift in the larger industry, such a platform would also be useful for effective social distancing. 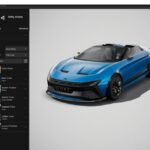 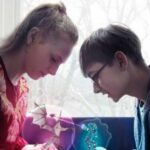 Everything You Need To Know About Augmented Reality